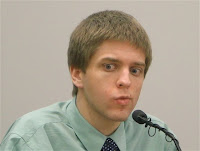 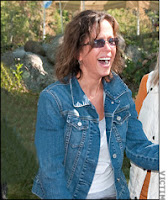 IT WAS a shocking, heinous, senseless crime. And now, a 19-year-old New Hampshire teen will spend the rest of his life in prison in the bloody machete murder of a mom and the attempted murder of her daughter.
Christopher Gribble was sentenced to life in prison with no possibility of parole Friday in relation to the 2009 home invasion in riural Mont Vernon. He had pleaded not guilty by reason of insanity but the jury wasn't fooled by the blood-thirsty egomaniac.

Gribble admitted he and co-accused Steven Spader smashed into Kimberly Cates house and hacked her to death with a machete. They also believed they had murdered her daughter Jaimie, 11, but the girl lived. It took jurors just 90 minutes to cut through his BS.
Cates' husband, away on business the night of the attack, spoke following the verdict. He said his body felt "every strike of that machete and every stab of that knife" throughout the trial.


"My daughter will ache because her mom, best friend, and most important woman in her life, isn't beside her," David Cates said.

Judge Gillian Abramson addressed the daughter Jaimie, following the sentencing, thanking her for her attendance at Friday's verdict.


"You are a lovely little girl and I hope that you know that this man and the other man ... can never hurt you again," she said. "I wish you better days."

Spader was sentenced in November to life in prison without parole.
MORE ON THE MACHETE MONSTER
Posted by Crime Scene USA at 8:18 AM