MUGSHOT MANIA: THIS? I GOT IT AFTER MY PHD. AT MIT 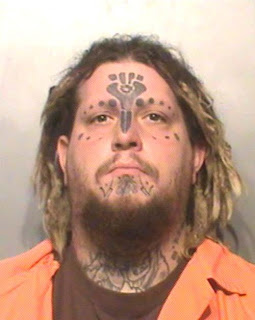 Is that the Black Power fist on buddy's forehead? We're really not sure my guess he was inspired by his studies of Einstein's Theory.
Posted by Crime Scene USA at 7:24 AM No comments: 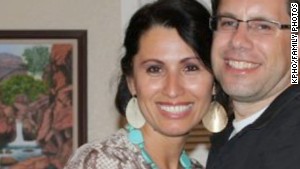 UPDATE: The Arizona mother of triplets who was held in a Mexican jail on trumped up drug charges in now a free woman. A Mexican court released Yanira Maldonado Thursday night after cops had accused her of trying to smuggle 12 lbs. of marijuana into the country under a bus seat. But the Mormon mum of seven denied the charges as she was held in a harsh Mexican jail. The court determined there was not enough evidence.
Video showing Maldonado and her husband Gary revealed there was no way she could have

A DRUG smuggling granny's wheely bad plan was easily smoked out by eagle eyed custom's inspectors who spotted her suspicious wheelchair.
Fior Daliza Garcia rolled off a Jet Blue flight from the Dominican Republic with both heroin and cocaine concealed in her chair.
Customs and Border Protection inspectors said she appeared nervous when they questioned her and they also noted her wheelchair appeared to be freshly painted.
Escorted into a private room her cases came up clean, but then inspectors turned their attention to the wheelchair.
In a complaint filed at Brooklyn Federal Court, Special Agent Edward Romero "During the subsequent search CBP officers lifted the wheelchair and noticed it was unusually heavy and flimsy."
According to the Daily News they then found the stash in the body of the wheelchair.
Garcia, a grandmother from Boston allegedly then confessed she was going to be paid $12,000 for smuggling the drugs.


Posted by Crime Scene USA at 6:47 AM No comments: 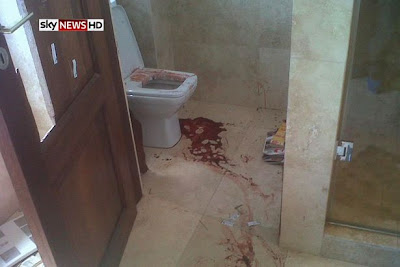 New shocking photos have emerged of the grisly crime scene where 'Blade Runner' Oscar Pistorius shot his girlfriend to death. Sky News has the image that shows the blood-soaked bathroom floor of Pistorius' Pretoria mansion where pretty Reeva Steenkamp was shot four times.
Blood smears the floor where the Paralympian dragged her body. Crime scene markers indicate the where the bullets entered.
But according to the Daily Mirror the sickening images seem to

A PEDOPHILE pre-school teacher who had one of the biggest child porn collections in U.S history has pled guilty to distributing his filthy collection.
Twisted David Paul Moe, left investigators stunned at the size of his collection, which featured young naked or partially nude young girls in sexually provocative poses, according to court documents.
On one of the hundreds of CD's they found in his home, Homeland Security officers revealed they found 4100 sickening images.
But that was just the tip of the iceberg for the 46-year-old, who for 18-years taught and directed before and after school programs at the Paddington Pre-School in Denver CO.
After snaring in a sting operation, officers also took six portable hard drives and two desktop computers, which adds up to more than six

NO RULING ON CASEY ANTHONY BANKRUPTCY

THE CASEY Anthony saga continued yesterday when a judge withheld his ruling on defamation lawsuits brought against her.
The notorious 24-year-old, who was controversially acquitted of murdering her daughter Caylee last year, had tried to stave off any payments by filing for bankruptcy.
They include Zenaida Gonzalez, who claims her reputation was damaged, when Anthony falsely claiming that a similarly named nanny kidnapped Caylee.
Meter reader, Roy Kronk, who found the tot's body also claims he was wrongly implicated in her death and that his standing has been damaged as a result.
Anthony did not attend the hearing, again choosing to remain in hiding, where she has been since being cleared of the murder, a verdict which even trial judge, Belvin Perry said, caused him to be, "surprised, shocked and in disbelief."
Read more »
Posted by Crime Scene USA at 5:13 AM 1 comment: