Cops in Indiana believe Joseph Oberhansley not only murdered his girlfriend but ate parts of her body as well during a cannibalistic frenzy. Oberhansley, 33, was formally charged in the sickening slaying of Tammy Blanton in Jeffersonville in the southeastern corner of the state. Besides the murder charge, the twisted accused killer was charged with the abuse of a corpse and breaking and entering.
Oberhansley reportedly told police he ate a portion of Blanton's brains, heart and lungs after stabbing the woman to death.
Cops say the discovered Blanton's bloody and ravaged  body in a bathtub: with sections of her skull carved out. "[Oberhansley] further admitted to cooking a section of her brain and eating it," the police report said.
Oberhansley is a veritable prince charming with a criminal record stretching back to his teens. In 2000, he was convicted of manslaughter in the death of his 17-year-old girlfriend.
WANT MORE? CHECK OUT THE COURIER JOURNAL

Posted by Crime Scene USA at 10:48 PM No comments:

Minnesota Vikings star running back Adrian Peterson has broken his silence on the child abuse spectacle he has found himself in. Peterson, 29, used a switch to beat his young son, revealing red and angry looking welts on the boy's legs. But the team has now said Peterson will practice and is slated to star in Sunday's game against the Saints. He sat out last Sunday's game against the Patriots.

In a move that will surprise no one, another of the two wee Wisconsin monsters who stabbed a classmate 19 times in the bizarre Slender Man case has been declared unfit to stand trial by her lawyer. Batshit crazy Anissa Weier, 12, and her pal Morgan Geyser are charged with attempted murder in the attack. Now, Weier's lawyer says his mentally cooked client " is not presently competent to proceed.” The argument worked for Geyser last month.
The victim's lawyer, Stephen Lyons said:

“On May 31, this little girl was lured into the woods and stabbed 19 times. At that point, she was a victim ... and today she is a survivor,” Lyons said. “And that’s how we refer to her and to the family: They’re survivors. They rose above this horrific crime and they survived. And she is thriving.
“What an ultimate testimony of the human heart to know she can both physically heal and then emotionally begin this journey of healing.”
FOR MORE, CHECK OUT ABC NEWS


Posted by Crime Scene USA at 3:08 PM No comments: 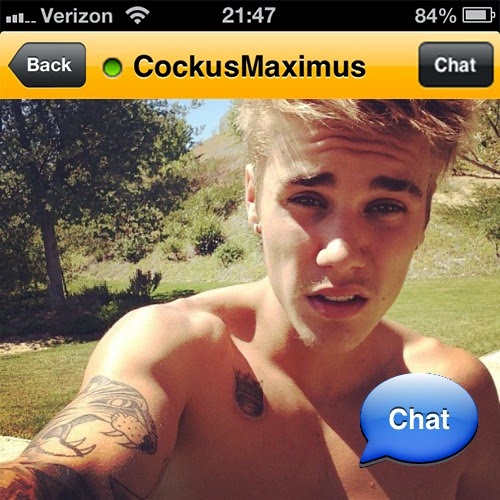 An HIV-riddled Texas music teacher is up on sexual assault charges after cops say he was nabbed slithering out of the home of a 15-year-old boy. Cops say Roger (Joe) Kessler, 43, used popular gay dating app Grindr to meeting his young playmate. Kessler -- the maestro of man fun -- confessed to having sex with his teen temptress four times -- included at least one bareback romp sans protection. The teen's mom blew the whistle on Kessler, believing him to be a burglar -- instead of a buggerer.
The music man was busted and is being held on a $25,000 bond.
Investigators say that the 14-year teacher at Richardson ISD Academy is on leave. The boy was not a student and Kessler did NOT tell him he was HIV positive.
For more, check out the Dallas Morning News.

Posted by Crime Scene USA at 12:00 PM No comments: 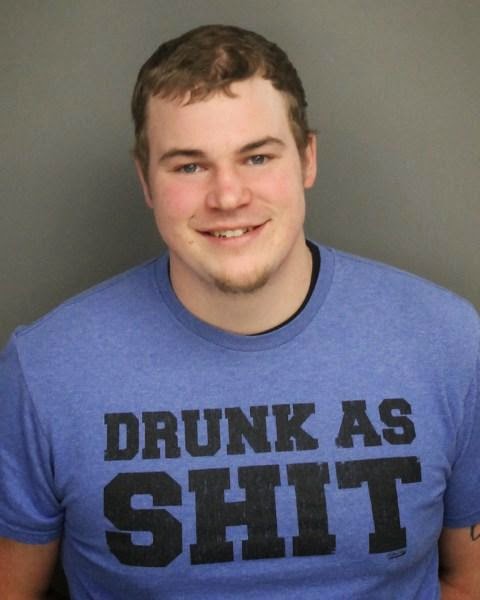 The party is on. Good-Time Charlie apparently has got the booze. Say what you will, but we like a man who's honest. Knows what he wants. Says what he wants.

Posted by Crime Scene USA at 10:01 AM No comments:

MOTHER OF THE YEAR SOLICITED RAPE ON CRAIGSLIST 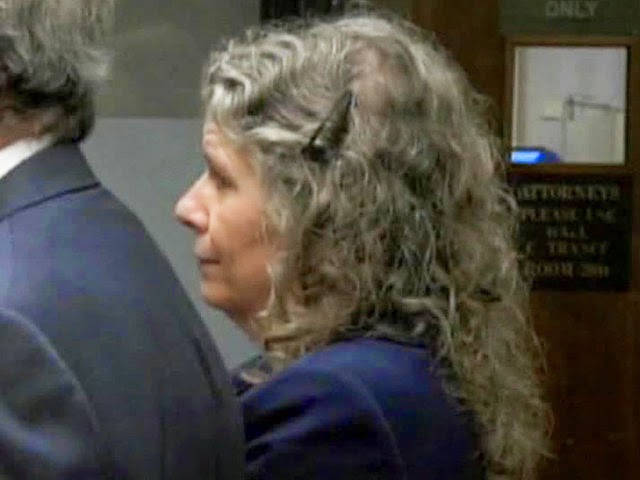 Kathy J. Rowe was named 'Mother of the Year' by the San Diego Union Tribune in 2006. But now, the matronly monster is accused of soliciting a rival's rape on Craigslist. According to KHON2, Rowe, 52, was pipped at the post when trying to buy a home in 2011. Her lawyers claim the California home was "dream home, a perfect one-story house for her disabled daughter and ailing husband."
But another couple outbid her. This did not sit well with batty Kathy who began a campaign of harassment against the pair, sending tons of junk mail and magazines to their home. The DA also said that Rowe posted a Craigslist ad encouraging men to rape the female owner.  “…enticing men to come to her home, force themselves through the door and onto the victim, and have sex with her while she screamed no.” All a "prank", her lawyer says. 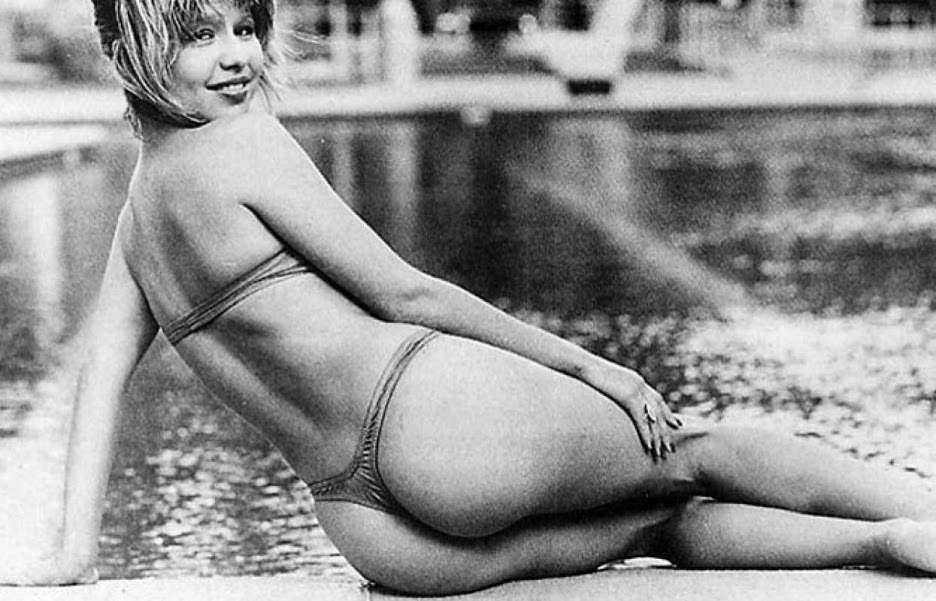 Lonely Lady star Pia Zadora was involved in a serious accident involving a golf cart in Las Vegas over the weekend. We wish her a speedy recovery.
Posted by Crime Scene USA at 9:57 AM No comments:

A nation-wide manhunt for accused killer Davon Antwan Wallace who allegedly shot-to-death a 3-year-old Maryland girl. Cops say that Wallace -- now on the FBI's 10 Most Wanted List -- fired gunshots into a Landover home striking little Knijah Amore Bibb, who later died in hospital. Wallace has been charged first degree murder, second degree murder, first degree assault, and second degree assault in the Prince George's County District Court, and a warrant was issued for his arrest. Cops believe Wallace, 25, may be hiding in Washington DC, Richmond, Va, or in the Winston-Salem, NC area. If you have any information that will help investigators find Wallace, call the FBI at 1-800-CALL-FBI, or the Prince George’s County Police Department at 301-772-4925.
Posted by Crime Scene USA at 9:00 AM No comments: 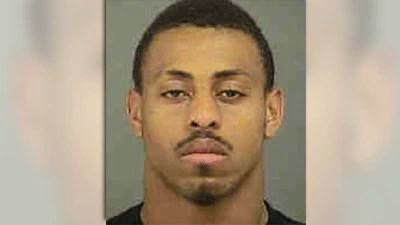 Carolina Panthers superstar Greg Hardy has been put on ice because of a domestic violence conviction. Hardy has been deactivated -- likely because of the public relations battering the NFL took over the Ray Rice domestic beatdown. TMZ is reporting that Hardy was found guilty last July of beating his girlfriend and threatening to kill her last May. The league and his team tried to hush things up -- until the Rice situation exploded. Now, in fairness, Hardy is appealing the judge's decision and wants to be tried by jury now.
And, also in fairness, Hardy's former flame said he beat the hell out of her during a jealous rage. Why, you ask? He heard a Nelly tune at a nightclub and got pissed cuz his paramour used to date the rapper.


Posted by Crime Scene USA at 8:24 AM No comments:

MOM AND UNBORN CHILD DEAD AFTER DRIVE BY

A pregnant mom and her unborn child have died after they were gunned down in a drive by shooting.
Megan Doto, 26, was sitting with a man outside a Philadelphia home when a gunman opened fire from a car, cops said. Neighbors told NBC Philadelphia that she was eight-months pregnant.
"One of the bullets traveled down the street and struck her on the right side of the face," said Philadelphia Police Captain Steve Murianka, who added that they were still hunting for the shooter.
Doto was rushed to hospital and underwent an emergency c-section, but the baby boy died less than hour after his delivery. Doto was also later pronounced dead.


Posted by Crime Scene USA at 8:00 AM No comments:

An American man has been sentenced to six-years of hard labour by North Korea's Supreme Court for entering the country and trying to commit espionage.
On his arrival at Pyongyang's airport in April, Mathew Miller, of Bakersfield, CA, tore up his tourist visa and admitted to the "wild ambition" of experiencing prison life so that he could investigate the country's human right's situation, the court heard.
Miller who waived his right to a lawyer, will not be allowed to appeal the decision, they ruled. 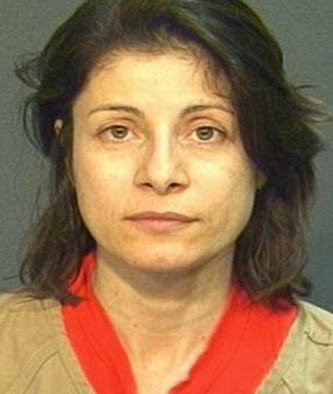 A psychology professor has pleaded guilty to a reduced charge of voluntary manslaughter in the cold case murder of her alleged rapist who was found hacked to death with a meat cleaver 20-years ago.
Norma Esparza told a California courtroom that she never meant for Gonzalo Ramirez to be killed in the Spring of 1995, but that her ex-boyfriend Gianni Anthony Van had forced her to point him out after she told him about the rape.
The following morning Orange County cops found the 24-year-old's body at the side of the road, beaten and hacked to death with a meat cleaver.
Read more at Cold Case USA
Posted by Crime Scene USA at 5:38 AM No comments: