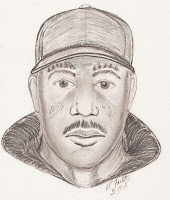 BECAUSE we all know that hair extensions are the key to riches. Veritable mini Fort Knox's they are. Now, cops in Detroit are seeking three suspects wanted in the robbery slaying of the owner of Sunrise Beauty Supply in suburban Dearborn. The shopkeeper was found shot to death Tuesday.
Cops in Motown say they are searching for three killers, one a woman.
According to detectives: one of the suspects has a tattoo or birthmarks over both eyes and some blotches around his cheek area. He is described as a black male, 20-25 years old, 5-foot-10-inches with a thin build. He wore a green waist-length hooded jacket with "Packers" written across the front, gray sweatpants, tan boots and a baseball cap.
About 80 Velvet hair extensions were taken in the heist. The hair extensions
Read more »
Posted by Crime Scene USA at 4:41 PM No comments:

SHE is the worst mother in the world. Not much debate there. And now, the despicable Jule Carr will have lots of time to consider her sinister crime. What did she do that was so bad? Well, our Julie sexually abused her baby girl on a webcast with a teen in England. Judge John Woodcock could barely contain his revulsion at the twisted Maine monster.

Carr, a 33-year-old mother of four, molested her youngest daughter while video-chatting with British teen Nicholas Wilde in 2009. She pleaded guilty 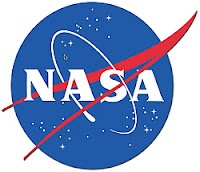 YOU'D think that they wouldn't need to get high, given that they fly into space but NASA have found cocaine in the Kennedy Space Center.
More than four grams of the powder was found on the base, although officers wouldn't say where it was located.
Executive officer Renee Juhans said: "Law enforcement personnel field tested the substance, which indicated a positive test for cocaine. The substance is now at an accredited crime lab for further testing."
She added that NASA has a zero-tolerance drug policy.

VAMPIRE Aaron Homer was furious that his roommate wouldn't let him suck his blood that he stabbed him to get his fix.
His victim Robert Hayley, 25, said that he and his roommate were both into "vampire stuff" and he had allowed Homer and his girlfriend Amanda Williamson to suck his blood in the past.
But when he refused a second sucking Homer stabbed him, presumably because he needed his fix to give him life.
Cops said they found Homer and Williamson with a lot of blood in their apartment, as well as a trail of blood leaving their home.

MAD Marni Yang has been found guilty of the "cold blooded" murder of the pregnant girlfriend of former Chicago Bears defensive back Shaun Gayle.
The Lake County jury took just four hours to convict her of killing Rhoni Reuter and her unborn child in 2007.
"This was an execution, a cold-blooded murder. This verdict brings justice," said Mike Waller, Lake County State's Attorney.
Jealous of Gayle relationship with Reuter, Yang, learned how a silencer for her .09 Beretta after buying a book on amazon.
Then after renting a car with her ex-boyfriend's credit card, she donned a disguise and went round to Reuter's Deerfield condo and blasted her six times, making sure she killed the baby, who Reuter had named Skylar.

A MYSTERY man who fooled hundreds of people, including his wife into believing he was an heir to the Rockerfeller fortune, has now been charged with murder.
Christian Gerhartsreite who calls himself Clark Rockerfeller used multiple aliases to move in wealthy circles in Boston, New York and Los Angeles, claimed at various times to be a physicist, an art collector, a ship captain and a financial adviser who renegotiated debt for small countries.
But the oddball, who's life was made into a TV movie 2009 he was convicted in the kidnapping of his 7-year-old daughter and sentenced to a four to five year sentence.
Now however, he has been charged with murder of a Southern California man more than 25 years ago, the Los Angeles District

DEFINITELY the lowest of the low.
After all, stealing cookies from Girl Scouts ranks alongside taking candy from a baby.
But one woman did exactly that in Newman GA, when she bought $24 of cookies with a hooky $50 bill last Saturday.
But the crime was not picked up until Monday, when one of the moms tried to deposit the cash in the bank and one of the tellers stopped her.
Carrie Hulsty recalls: "They said, uh oh, we've got a problem."
The money they were raising was not just for themselves but for a local organization that helps families in need called One Roof.