THE FAMILIES of two suburban Chicago teens murdered more than 30 years ago are still waiting for their killer to be caught--and a motive. Eyvonne Bender and Susan Ovington went shopping and never came home. Their bodies were found in the Morton Grove Forest Preserve, September 5, 1979. They had been shot to death. The case has remained cold. 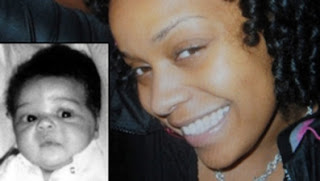 CARLINA WHITE, snatched from a New York Hospital as a baby, says she is going to back her bogus mom, Ann Pettway, in court. According to the New York Post, White, 23, will appeal for leniency for the woman accused of kidnapping her as a newborn in 1987 and reportedly abused her.
White was finally reunited with her real mom and dad in January but has agreed to testify.
Defence lawyer Robert Baum said: "I believe after meeting with her and speaking for a long time that
Read more »
Posted by Crime Scene USA at 9:07 AM No comments:

NC CROOKS IN DRAG FAIL TO FOOL CLERK (NO. WAY.) 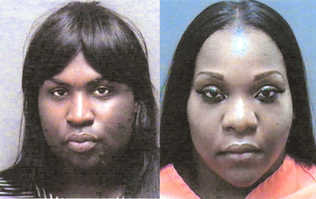 WHAT A DRAG! Two cross-dressing crooks have had warrants issued for their arrest after they stole electronics from a North Carolina truck stop. Needless to say, they didn't fool anyone. Cops say Christopher Long, 28, and Dajuanta Alexander, 21, both of Charlotte, face charges of petty larceny and

HOW WE GOT HIM: THE HUNT FOR OSAMA BIN LADEN 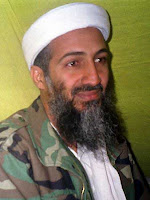 THE HUNT for terrorist number one, Osama bin Laden, was years in the making, sources said. It was a long and dangerous journey that finally led to the killing of the sinister terror master Sunday in a spectacular U.S. Navy Seals commando operation.
But in the end it came down old-fashioned spy work and a gutsy call by President Barack Obama. The president made the call to use commandos instead of a bombing attack. And according to sources, while the intel was good that the mastermind behind the 9/11 attacks and countless other atrocities was in the

MURDERING musical genius Phil Spector will be called to court again to face a wrongful death suit for the murder of Lana Clarkson.
The legendary producer who worked with with everyone from The Beatles to The Ramones, was found guilty of the 2003 murder of the B movie actress in 2009.
She was found with a gunshot to the head at his Ahlambra, CA mansion, although Spector claimed she kissed the gun and it went off.
After the first case was declared a mistrial because of a hung jury, but

THEY should have been loving, nurturing and cherishing every moment with their 11-week-old baby daughter - at the very least they should have been looking after her.
But evil parents Jill Hull and Gary West neglected their child so badly that when she died she likely hadn't had any food or drink for days.
When the autopsy was done after she died in November 2008 there was no food in her system and they found she weighed more when she was born than when she died.
Worse still, the couple from Cincinnati knew what they were doing as both were found guilty on two counts each of murder-one for knowingly causing the dehydration and malnutrition of the child and one for recklessly refusing to get medical treatment for the child.

TALK about dumb crime - two deaf men were stabbed in a club after their sign language was mistaken for gang signs, cops say.
Dean Shuland and Alfred Stewart were partying, eyeing up the girls and having a good old chat when Barbara Lee thought they were signaling to her.
So the 45-year-old began "throwing" them back to the two men - who by now were somewhat confused t what she was doing to them.

Read more »
Posted by Crime Scene USA at 4:55 AM No comments:

A TWISTED teen who was caught sexually assaulting a two-year-old girl by the child's mother has been found guilty of the disgusting attack.
Christopher Sorensen, 17, was found on top of the two-year-old with both their pants pulled down, after she woke to find the little girl missing from her bed.
She reportedly yelled and struck him with a plastic sword as he went into the fetal postion.
When Sorensen spoke with police later that day he reportedly admitted pulling the covers down and taking the girl's pants down, but that he then "got real confused."
When the girls mother went to her kitchen to get a real knife, the  Milwaukee based teen ran from the apartment before she could strike.
The Racine Journal Times reports that he pleaded no contest to first-degree

NO ONE likes a speeding ticket, but Jonathan's Rorech's attempt to get out of one really takes the biscuit. Thinking he had a foolproof plan to avoid the fine he called cops from his cell  and reported a shooting in the area.
"The victim is on the ground," he told them, the Naples News reports.
The call was promptly dispatched to the deputy who immediately dropped the ticket for the more serious offense and he sped to the victims aid, the police report stated.
And Rorech who was allegedly driving with a suspended license and going 45 mph in a 30 mph zone, drove away thinking he had pulled a fast one on the law.
But when he arrived at the scene there was no body, no blood and no one had heard any gunshots.

IF wearing a cow suit and crawling into Walmart on all fours didn't get their attention, stealing 26 gallons of milk most certainly did.
In one of the most bizarre thefts of the year an 18-year-old pilfered the milk and handed it out to passers by outside the store in Garrisonville, VA.
Stafford County Sheriff’s spokesman Bill Kennedy said the man was apparently crawling while he exited the store, trying to emulate cattle.
He said: “This is probably one of the most unique efforts of shoplifting I’ve seen. It might’ve been a prank that went wrong, but it isn’t as funny when the suspect breaks the law.”
He added that it was unclear Wednesday how he managed to get all of that milk out and that employees saw the thief “skipping down the sidewalk” in the cow suit