UPDATE: Cops say the mother of murdered Tyler Dasher, 1, is in police custody. Shelby Dasher, 20, is being held at St. Louis County Justice Center on a 24-hour hold. That means she must be charged or released in that time frame. Tyler's body was found Tuesday near a cemetery about a mile from their home. A Police source said Dasher killed her son after she "became very, very angry." 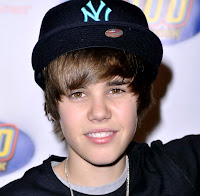 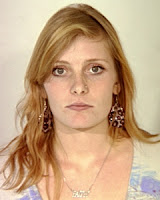 THE BIEB's baby drama is over. The lawsuit against teen heartthrob has apparently gone the way of the passenger pigeon, according to TMZ.  Mariah Yeater filed her suit that Canadian crooner, 17, fathered her child in October, but the suit was quietly dismissed last week. Now, the somewhat dodgy California woman's lawyers have also packed it in. The Bieb denied the claims all along that the kid was conceived after a 2010 concert in Los Angeles. The spunky Bieb vowed to take a paternity test and fight the sinister allegations. We understand armies of 14-year-old girls were going to beat up Yeater. MORE FROM TMZ
Posted by Crime Scene USA at 9:02 AM No comments: 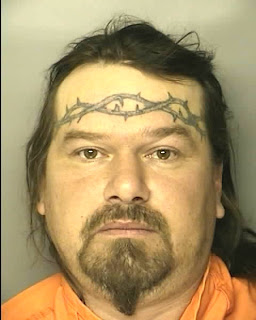 THAT'S quite the head. Where did you get it? Who did the work. Sure looks nice. Hard to believe you were captain of your high school's debating team.
Posted by Crime Scene USA at 8:54 AM No comments: 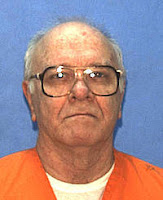 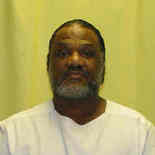 WELL, you can be against the death penalty or for it but pretty much one thing is clear. The final, deadliest tool in America's justice system was designed for guys like these and yesterday, the nation took her vengeance.
EXECUTION 1: Reginald Brooks, 66, was executed last night in Ohio for the murdering his three little boys while they slept in 1982. No remorse. No statement. Oh, he did extend the middle fingers of both hands as he was strapped to the gurney while the mother of the three boys sobbed. MORE IN THE PLAIN DEALER
EXECUTION 2: Evil Oba Chandler, 65, was executed last night in Florida for killing an Ohio woman and her two teen daughters who had just had the day of their life at Disney World. Chandler sweet talked

Read more »
Posted by Crime Scene USA at 8:50 AM No comments:

THE MOM of the alleged victims of Dirty Jerry Sandusky says she was sickened by the former Penn State coach's bizarre mea culpa. The creepy locker room Lothario told Bob Costas he was merely "horsing around" when he showered with the boys. The unidentified woman said her son broke down in tears. She learned about the alleged attacks on her boy last week.


She said: "It sickened me, that he would be on TV, trying to downplay his charges. And I think it made him look more guilty."

Sandusky is now engaged in a bizarre media campaign to burnish his tattered rep. The "horsing around" bit in reference to the 40 sex related charged was just the start. And his many allies in the sports media appear ready to go to bat for the kinky coach.
MORE ON DIRTY JERRY FROM ABC

Posted by Crime Scene USA at 8:24 AM No comments:

DEAR HENRY: COACH WANTS TO SHOWER WITH ME

DEAR HENRY: Coach Sandusky has asked me to shower with him. What should I do. I like the coach and everything but... CONFUSED
DEAR CONFUSED: Coach Sandusky is not just "horsing around." It may all appear very innocent but perhaps the coach has other ideas for you? Please don't shower with the coach. It's just not a good idea. Henry
Posted by Crime Scene USA at 8:08 AM No comments:

A DESPERATE stripper took her two kids on a shoplifting spree to allegedly steal lingerie to wear for her job.  Ashley Fleischmann told cops she had taken the sexy underwear to wear at her job at the Crystal Cabaret Gentleman's club in Orlando.
According to her arrest warrant she'd hoped her kids would keep her from being arrested, but she hadn't banked on the store security camera's picking up her nefarious activities.  The affidavit added that Fleischmann "planned to use her children in the commission of the … crime" according to the Orlando Sentinel. She was found with less than $100 of goods.
The two crying children were handed over to the Florida Department of Children and Families and according to her arrest report, Fleischmann told
Read more »
Posted by Crime Scene USA at 7:03 AM 1 comment:

THE coke mule oldster who was busted with more than 200 pounds of Bolivian marching powder has pleaded not guilty in his first court appearance.
The mutton chopped 87-year-old told the court he had been "forced to take it" by someone he met through an employee in Florida.
"He asked me if I was busy. I said 'Not as busy as I'd like to be,'" said Sharp, who was told to drive north to Raleigh, N.C., and pick up luggage containing cash.
Then, as we reported here, he drove cross-country to Arizona where he dropped off the luggage and picked up dozens of bricks of cocaine along with more money and a slip of paper with a freeway exit number in Detroit.

NO DOUGH THIS TIME FOR DUNKIN DONUT BANDITS

THERE better not be a hole in their story and if they better have hidden dough well.
Because cops are claiming that they've busted the Dunkin Donut bandits, who robbed more than 30 stores in the Boston area since May.
Cops caught up with brother's Peter and Wayne Wallace, 35 and 33, after a high speed car chase, when they responded to a break in at a store in Canton, MA.
And now they're alleging that the that the dastardly duo are behind at least 30 more robberies.
Refusing to sugar coat things, Chief Kenneth Berkowitz told WBZ: "Since the beginning of the year, they've hit Dunkin' Donuts, breaking in early morning, late at night, prying through drive-thru windows or back doors."

THE MANSION mystery deepened yesterday when a top forensic pathologist expressed "grave doubts" over Rebecca Zahau's death.
Dr Cyril Wecht, who investigated high profile deaths like the Kennedy assassination and Anna Nicole Smith's drug overdose told the Dr Phil show that he "strongly doubted" she killed herself.
As we reported here  Zahau, 32, was found hanging, arms and legs bound from the balcony of her multi-millionaire boyfriend Jonah Shacknai's, 27 bedroom Coronado, CA home, known locally as Spreckles mansion.
Cops ruled her death a suicide, something her family have always disputed and Dr Wecht seems to agree after performing a second independent autopsy on her body.