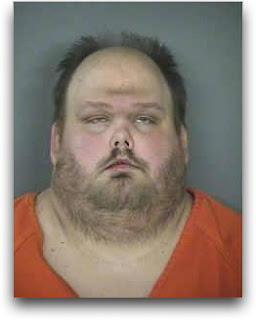 OK, just kidding. We didn't really think you'd believe the gentleman in the mugshot was one of America's so-called best and brightest. What did he do? We have no idea but it's pretty clear, he's knocking the hell out of the baseball that is life.
Posted by Crime Scene USA at 11:54 AM No comments: 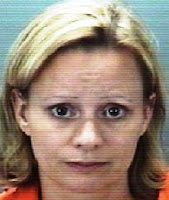 MEET THE sickest woman in America: July 12th, 2011 edition. Former U.S. Marine Leslie Nichols, 41, entered a no contest plea in the sexual molestation of an 8-year-old girl in Jacksonville, North Carolina. Trial heard the victim's babysitter suspected the child was being sexually abused in 2009. And it gets more twisted.
The one-time Leatherneck confessed to cops that she instructed the child to perform sex acts. Detectives discovered the maniacal Marine used a webcam to record the depraved acts of the blonde and the child. She then sent the images to pal Michael Jenkins. He has been tried in military court and sentenced to 40 years in military prison. The victim's father was serving overseas when the attacks occurred.

WELL, WE'VE never had stabbings at any of our pool parties but to each his or her own we say. Cops in Murfreesboro, Tennessee are now probing a stabbings and assaults that occurred at a pool party on the weekend.  Cops say a group of men, including Pectic Webster, 21; Terry Braxton; and Christopher Morant, told them a man, later identified as Justin Hughes, 23, of Murfreesboro, came up to them and started yelling racial slurs at them. Hughes is white and the other men are black. Bad news.
Posted by Crime Scene USA at 9:44 AM No comments: 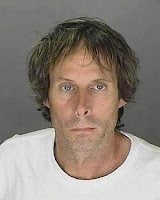 THE DEFENSE team for a California man on trial in a grisly Michigan dismemberment murder is blaming a bizarre sex cult for the vile deed. Robert Nowak, 51, is on trial for murdering Troy Moross, 26, in February 2001. He had been castrated in a "precise surgical fashion." Detectives linked Nowak to the murder after he was  busted for a burglary in California and his DNA was a hit. However, his mouthpiece says Moross was murdered and mutilated by a weird sex cult who got their kicks by the sickening acts.
According to the Detroit Free Press: Federal agents with Immigration and Custom Enforcement have been investigating the cult, and have seized thousands of photos of mutilations and torture.
Dr. Kanubhai Virani, medical examiner for Oakland County, said that in 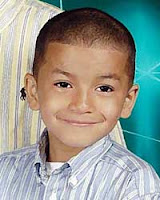 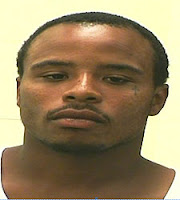 A TERRIFYING kidnapping off the streets of Baltimore has unleashed a massive manhunt--happily, the child has been found safe and sound. Cops say 8-year-old Darrick Charles Brown was abducted off the street Monday night while walking with pals. He was later found unharmed at an abandoned house. One suspect is in custody and cops have released a photo of Raheem Taylor, 21, who they also want to question. The light green, newer model Ford Taurus with two people inside stopped near the group of kids, and one of the people

FORMER actress Lindsay Lohan "enjoyed" being under house arrest because it kept her out of the public eye she said. The troubled party girl, who has astonishingly managed to keep her hands clean since her release said she was grateful as her cushy sentence gave her a chance to stay out of the limelight.
She spent a massive 35 days confined to her Santa Monica home monitored by ankle bracelet, instead of receiving jail time for stealing a $2500 necklace from an upmarket LA Jewelry store and violating the terms of her 2007 conviction for driving under the influence (DUI) last month.
Speaking of her celebrity justice she told Australia's 2DayFM radio station: "I enjoyed it, actually, as I was able to get a lot of work done from home, and it was very nice not to have to worry about cameras being outside."

THE bats swung, then the fists flew as an ugly brawl broke out during a youth baseball tournament which ended with one player in hospital.
Three parents, including the town prosecutor in Castle Rock, CO ended up being charged after a disputed umpire's call sparked a furious fight.
And now Andrew Lee Carlson, his wife, Shannon and Christy Ausmus, a prosecutor contracted by the town of have been charged in the June 26 melee.

CASEY Anthony's lawyer fears for her safety when she is released from jail after being acquitted of murdering her two-year-old daughter Caylee.
It's thought the one time party mom will be released this weekend, but once she's free her lawyer Cheney Mason fears for her safety.
He said: "We're all concerned about her safety and her future. I don't know that anything is ever beyond repair. But I think with her parents that's pretty well burned."
He added that he didn't know where she would go after she was released next weekend telling NBC I don't know and if I did I wouldn't tell you.

IT  was like this scene from Fawlty Towers except Lauriano Lawrence Lovata shot his car and accidentally sparked a police standoff.
Lauraino Lawrence Lovato lost it with his Chevy Camaro, and shot it when it wouldn't start, firing three rounds through the windshield and into the dashboard reports the Kingman Daily Miner.

A PHARMACIST who blasted a teen armed robber has been sentenced to life for shooting a teenager who tried to rob him.  Jerome Ersland, 59, called the sentence "an injustice of monumental proportion" after he was convicted in the death of 16-year-old Antwun Parker and his lawyer vowed to appeal.
Along with pal, Jevontia Ingram, who was 14 at the time of the robbery an armed Parker walked into the Oklahoma City's Reliable pharmacy and attempted to hold it.  They didn't bank on Ersland, pulling a gun and shooting, blasting