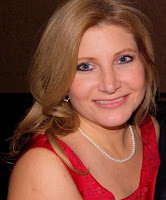 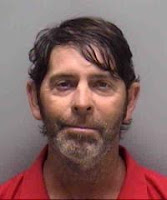 THE EX-HUSBAND of a missing Florida teacher has been arrested on another matter but detectives believe he murdered pretty Amy Patterson. Daniel Proctor, 44, was nabbed snoozing in a stolen SUV in Okeechobee, Florida Monday. Patterson, 41, a science teacher hasn't been seen since late July and detectives fear the worst.
It was Proctor's mother, Joyce Rosenbaum, who reported Patterson missing after her son appeared at Rosenbaum's home without the auburn haired beauty  but was driving her

DID A killer cop murder the young sailor in 1969? Cold case detectives in Charleston, South Carolina think that might be the case. On a warm October night in 1969, Danny Kelly, 26, had a gun pressed to his head and the trigger pulled. He was found slumped across his bed in a sea of blood. But now, Det. Mike Gordon is hoping to solve the mystery of the murdered sailor after almost 42 years. There was no weapon, witnesses or motive in the murder.The only connection was a rogue cop widely suspected of being a traveling hitman for the Dixie Mafia. OUR SISTER SITE COLD CASE USA HAS MORE
Posted by Crime Scene USA at 9:02 AM No comments: 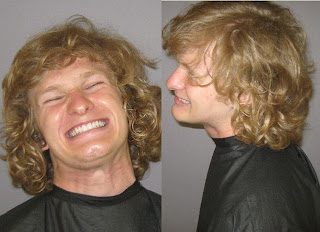 SUMMER, you ask? Why yes, officially summer is the flavor of the season until at least Sept. 21. We know all the rules re. Labor Day but maybe we'll get a shimmering Indian Summer. In the meantime, getting busted appears to be a LOT of fun.
Posted by Crime Scene USA at 8:55 AM No comments:

THE PARTY MOM is pissed. Official. Casey Anthony and her legal team have accused her former fiance Jesse Grund of, hahahaha, "cashing in" for shopping a book about America's worst mom. Anthony, 26, was acquitted in July of the 2008 murder of her 2-year-old daughter Caylee as most of the world gasped and shook their heads. In his proposal, obtained by the New York Post, Grund writes: "I witnessed the devastating effects of severe dysfunction. I know what events in her life have molded her into the vilified Casey Anthony." He adds that he started dating the promiscuous Party Mom

TIME to pull your pants up Florida, as a new law banning students from wearing baggy pants came into force for the 2011-12 school year.
So in homage to what appears to be bygone age, here's some Madness for them.

The new "pull your pants up law" was voted in last spring but has just come into force for the 2011-12 school year.
Florida joins Arkansas in the state-wide school dress code which bans the prison inspired fashion trend.

BLOODBATH IN THE BIG APPLE: 31 SHOT IN 48 HOURS

IT'S may have been labor day, but gunmen have been busy in The Big Apple, blasting 31-people in just 48 hours in one of the bloodiest weekends in New York's recent history.
By Sunday Night 25 had been shot, with a further six being struck in separate incidents in Brooklyn by early Monday morning - violence which Mayor Bloomberg called: "just unconscionable."
The crazy carnage began just after lunch at a barbecue on East 54th, which saw four people shot of which one 18-year-old Tyrief Gary, later died.
A man and a woman were each shot in the chest at 4:24 a.m. and 6:00 a.m and both now remain in custody.
Police sources believe that the three latest shootings are connected to the pre-dawn festivities leading up to Monday's West Indian Day parade.

WEIRD new details have emerged in the already strange death of Rebecca Zahau, who was found hanging bound and naked in the historic mansion of her millionaire medical mogul.
A message in black paint daubed on the door of the bedroom read: "She saved him can you save her?"
The autopsy report also revealed there were hemorrhages under Zahau's scalp, tape residue and blood on her legs, and the T-shirt that was wrapped around Zahau's neck had been partially stuffed in her mouth.
Her death, which came just one day after her boyfriend Jonah Shacknai's six-year-old son, Max, fell down the grand staircase of his 27 bedroom Coronado, CA home, known locally as Spreckels Mansion, when Zahau was supposed to be looking after him.

HE WOULDN'T be the first person to blow his sexual partner or some people do in fact like a blow up doll in bedroom.
But Edward Charles Tobergta's choice to take a pink inflatable swimming raft and make love to it in an alley is certainly surprising.
Quite what turned on the 32-year-old, who has a history of public indecency arrests, is unclear but he could quite easily have taken it into the bedroom as he was busted right outside his Hamilton, OH, home.
He was spotted by the owner of the raft, who was presumably less than thrilled with what it was being used for and fled after being shouted at to stop the Hamilton Journal News reports.
We're fairly sure that after this, they won't be wanting it back.
Cops say Tobergta admitted to the act and told officers that he surprisingly enough has a problem and needs help, police say.

Read more »
Posted by Crime Scene USA at 2:41 AM No comments: