HMMM. What to make of this? The young man who was partying with Lauren Spierer before she disappeared Friday says he has no memory of their last moments. Why? His mouthpiece says Corey Rossman got punched in the face after the twosome returned to Lauren's apartment complex.Carl Salzmann said: "At Smallwood, someone confronted them. He got punched in the face. He has no memory of that, or of the 15 minutes leading to that moment. The first memory he has is the next morning when he wakes up in his bed."
Read more »
Posted by Crime Scene USA at 11:07 AM No comments:

MEET the biggest dick on the planet, June 9, 2011 edition. Greg Fultz. Not happy with his ex-girlfriend. Not at all. The New Mexican nimrod took out a billboard showing him cuddling the outline of a baby with the words: "This would have been a picture of my 2-month old baby if the mother had decided to not KILL our child!" Problem is, his ex, Nani Lawrence didn't have an abortion. She had a miscarriage. WORLD'S BIGGEST MORON
Read more »
Posted by Crime Scene USA at 10:26 AM No comments: 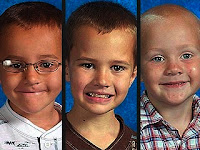 IN THE LATEST twist to a bizarre, disturbing case, Tanya and John Skelton have finalized their divorce in a Michigan court. Judge Margaret M.S. Noe awarded full custody to Tanya Skelton of the couple’s three boys, Alexander, 7, Andrew, 9, and Tanner, 5, who have been missing more than six months. Ringing bells? Ah, now you remember good 'ole John Skelton.

SHE WAS A young teacher at a private Christian school for boys and girls.  She was liked by her colleagues and was trusted by parents (LOL!).  But Elisia Martinelli, 34, violated that trust and PREYED on children to satisfy her sick sexual fantasies.  She told ‘sexy’ stories to innocent teens while plying them with alcohol.  She performed sexual acts with girls as young as 14, and even had a sexual relationship with a 15-year-old boy for over a year.  All of this is according to Cook County prosecutors in Chicago, who have charged the teacher with four counts of criminal assault – one for each of her alleged victims.  Martinelli received bail at $1.5 million.  Her brother, Nelson Quintana Jr., 27, who also worked at the school was charged with one count of misdemeanor criminal sexual abuse in connection with another student. 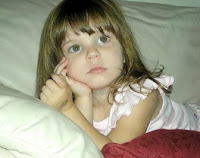 THE man dubbed the "Red Bull Killer" has astonishingly been found not guilty by reason of insanity in the murder of his father who he suffocated with a pillow.
Stephen Coffeen, 42, claimed the energy drink made him mentally unbalanced and along with sleep deprivation, meant he did not know what he was doing when he strangled his 83-year-old father, Robert Coffeen, a World War II veteran.
Circuit Judge Nancy Moate Ley told the Pinellas, FL courtroom: "At the time of the killing, the defendant did not understand the wrongfulness of his actions."
"He was suffering from a mental infirmity, disease or defect."
Citing reports filed by five doctors who concluded Coffeen was legally insane at the time he killed his father she added: "In all of my many years of experience, and a lot of homicide cases, I have never seen a situation that was so clear cut as far as everyone agreeing."

WHAT A WEASEL? DEAD ANIMAL USED IN ASSAULT 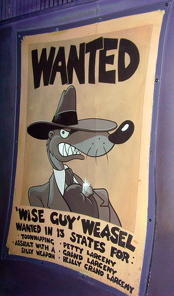 WHAT a weasel.
Bursting into his apartment with a dead weasel under his arm, a furious man smashed another guy in the face because he thought he was sleeping with his girlfriend, cops say.
According to the police report the baffled victim spotted the carcass and asked, "Why are you carrying a weasel?"
Wrongly his attacker answered: "It's not a weasel, it's a marten," before punching the man in the nose and fleeing - leaving his furry friend behind in the Hoquiam, WA apartment.
Cops later found the suspect arguing with his girlfriend at another location but despite being at gunpoint he refused to surrender, tried to fight officers several times and held his ground until a dog unit was called in for back-up.
He was charged with assault and burglary, reckless driving without a license and resisting arrest.
He said he had found the dead animal near but police don't know why he carried it with him.


Posted by Crime Scene USA at 6:38 AM No comments:

HELL hath no fury...even from beyond the grave it would appear.
As she lay on her deathbed Elizabeth Edwards secretly videotaped testimony against her cheating husband John who is accused of  using campaign funds to hide his secret mistress, prosecutor claim.
The one time presidential candidate and congressman is accused of using $925,000 to cover up his affair with Rielle Hunter, who eventually gave birth to their lovechild.
Friends said the cancer victim, who died in December, wanted to ‘haunt’ her estranged husband and his mistress Rielle Hunter, with whom he fathered a child and made a sex tape.
So sources say she secretly videotaped deathbed confession which she passed to a friend, who she told to send it to prosecutors.
A source told The National Enquirer: "Elizabeth wanted to exact final revenge against John for destroying their 33-year marriage and their family by cheating with Rielle."

JA RULE? Ja Soul more like.
Rapper Ja Rule has turned himself in to begin his two-year jail sentence for holding an illegal semiautomatic rifle in his car.
Cops caught the 35-year-old with the serial number scratched off when they pulled him over for speeding after he left a show at Manhatttan's Beacon Theatre in July 2005.
Lil Wayne was arrested separately, but for the same charge, after headlining the same show, and spent about eight months in jail for the crime.
The 35-year-old who's really name is Jeffrey Atkins told Good Day New York: "Laws are laws. There's nothing I could really do but own up to the situation."