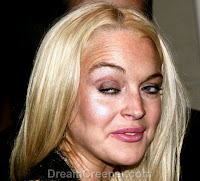 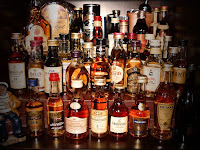 LET the celebrations begin! Former actress Lindsay Lohan, 57, is ready to rock and roll again. Her slap on the wrist house arrest finally ended Wednesday.
The onetime movie star breached her probation 17,477 times.
MORE FROM US WEEKLY
Posted by Crime Scene USA at 9:53 PM No comments:

KIM KARDASHIAN has sensationally declared that accused kid killer Casey Anthony is "Guilty." The reality TV star, famous for...well... being peed on, took to Twitter yesterday and incredulously asked her gazillion fans (why?): 'Who is into this Casey Anthony case? So many theories & stories!
'This is a mess! Who do u believe? Who is lying here?'
She added: 'What crazy testimony today! Casey's mom says one thing & her son says the opposite! Someone is lying here!'
Then, newly-engaged Kardashian, added her own theories: 'I believe Casey is guilty but there's so many conflicting stories raising so much
Read more »
Posted by Crime Scene USA at 1:15 PM No comments: 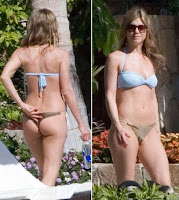 JENNIFER ANISTON, Anne Hathaway and Liv Tyler were among a string of celebrity clients ripped off by the owner of a swanky Beverly Hills beauty salon. The owner of the upmarket Chez Gabriela Studio,  Maria Gabriella Perez (aka. Maria Gabriela Hashemipour) admitted to running up hundreds of thousands of dollars in fraudulent credit card charges of her celebrity clients. She was caught after running up approximately $68,000 in unauthorized charges on a credit card belonging to high-end jewelry designer Loree Rodkin, who later identified Jennifer Aniston, Liv Tyler, Melanie Griffith, Cher, Anne Hathaway and Scott Speedman as also being taken in by the

AN INNOCENT four-year old has been found brutally murdered along with her mom who was supposed to testify in an upcoming trial, cops say.
Tiny Darry'el Amani Parker was found near her mother Alicia Lee Avery, who was pregnant with a second child in Baltimore's Welcome Inn motel, where the pair had been living as she awaited her time to give evidence.
Her sister Deniesha Avery called the death tragic and told WBAL TV that she last saw her sister Thursday and hinted that pressure may have been put on the 25-year-old to withdraw her evidence, as she received all sorts of calls from a man during

A THREE-year-old boy is fighting for his life after his babysitter 'sold'' him to two men who raped and tortured him, so she could get her hands on drugs, cops say. Evil Jennifer Chapman was supposed to be looking after me toddler, but instead she handed him over to the twisted pedophiles who forced him to drink bleach and hung him from the ceiling with a dog collar.

The poor child's face, eyes and throat were all covered in chemical burns and part of his skull torn off during the horrific assault, by the two men who cops are still looking for. Worse still, when the boy's mother Leana Lauck returned to her Oklahoma City, OK, home and found the

CASEY Anthony's brother Lee tried to 'feel her up' and groped her while she slept, her former fiance told the court yesterday.
Jesse Grund, who was formerly engaged to the one time party mom testified that she also wanted to keep her daughter Caylee away from her uncle. He added that during their time together Lee Anthony was "standoffish" and "sullen" around him.
Asked about the incestuous situation Grund said: "She told me that at one point in recent years that she woke up one night with Lee standing up over her."

Read more »
Posted by Crime Scene USA at 9:28 AM No comments: 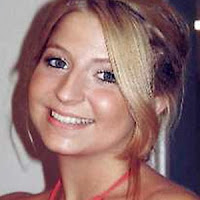 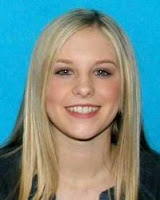 TWO STUDENTS. Two blondes. Both petite. Both 20-years-old. Two young women in the prime of their lives. Two victims? The disappearance of Indiana University student Lauren Spierer on June 3 has chilling similarities to the mysterious April kidnapping of Tennessee nursing student Holly Bobo. They look eerily the same and it is raising frightening questions.
Lauren's mom Charlene said: "I can't even tell you what it's like to get that phone call that your daughter is missing." Holly's mom

AN EXPLOSIVE revelation has come out of Amanda 'Foxy Knoxy' Knox's appeal in Italy: the DNA evidence used to convict her was "unreliable" and likely contaminated, an Italian newspaper reported Wednesday. The leaked review will likely be made public Thursday.
The report was ordered by the judge hearing Knox's appeal. The 23-year-old Seattle native was convicted along with two men in the sickening slaying of her roommate, pretty Brit student Meredith Kercher. It was believed the murder was the result of a drug-fuelled sex game gone awry.
According to the paper: The original case was told Knox's DNA was found on the knife believed to be the murder weapon and traces of Kercher's DNA was found on the blade.
Read more »
Posted by Crime Scene USA at 9:12 AM No comments: AMERICA will take vengeance against a Pittsburgh killer who murdered three cops in 2009. Richard Poplawski, 24, was sentenced to die Tuesday for the murders of officers Paul Sciullo II, 36, Stephen Mayhle, 29, and Eric Kelly, 41, on April 4, 2009.
The tragic murders were triggered when Poplawski and his mother started arguing about his puppies peeing on the floor. Things got so intense, she called 911. It took the jury just 90 minutes to render it's verdict.  During the penalty phrase, the killer's attorney trotted out the usual chestnuts: dysfunctional, unloving home life, yada, yada, yada.

THAT woman scorned thing? Have it in spades with Natasha 'Naughty Nat' Larson, 35, of Sarasota, Florida. Naughty Nat set up a phony Craigslist ad to send an army of horndogs to her husband's ex-wife, Tracy Wilder. Natasha wrote in the ads: "I am currently dating a decent man but he is lacking some skills in the bedroom. It's nice but I need to be thrown around a little bit and to be dominated. That is exciting for me." Sau-cy! Oh, and in case your desire is to be walked all over, Nat can do that too. She added: "I also like to take charge sometimes but I need a strong man to keep me in check." Then she went on to list Wilder's name, address and phone number.

CREEPY ANTHONY SOWELL: 'I GOT RID OF THEM'

CREEPY Anthony Sowell's admitted to butchering 11 women in two years, telling his girlfriend "I got rid of them," a court heard yesterday. Lori Frazier, who is the niece of Cleveland's mayor Frank Jackson, claimed she didn't believe the accused killer, dubbed 'creepy Tony' by neighborhood kids, despite the foul stench coming from his apartment and often seeing him covered in blood.
The former marine who allegedly lured his victims to his apartment with the promise of drugs before killing them.
Frazier, 31, who admitted to using drugs with the so called psychopath, added that once saw Sowell digging in his backyard, before testifying that she knew Crystal Dozier, one of the women found dead in his home.

Read more »
Posted by Crime Scene USA at 8:15 AM No comments: