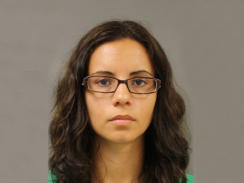 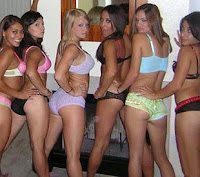 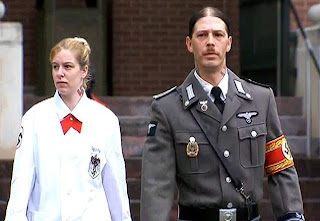 Nutsy Nazi Heath Campbell walked into a New Jersey courthouse dressed like he was going to the Reichstag: Dressed head-to-toe in full Third reich regalia. Kooky Campbell was in court to try and get visitation rights for his four children, including his first son who named 'Adolf Hitler' after the bloodthirsty German dictator. But the Teutonic troublemaker insists he loves his children -- who were taken away from him.

Read more »
Posted by Crime Scene USA at 6:59 AM No comments: Lauren Spierer went missing after a night of heavy partying at Indiana University in 2011. She has not been seen since. Detectives have been vexed by the cone of silence that has hovered over her friends since the incident in Bloomington, Indiana.
Now, the pretty blonde co-ed's reputation is being dragged through the mud by the parents of her boyfriend --who has largely been uncooperative with police. The parents of Jesse Wolff are now claiming that Lauren was a drug user. And her parents are furious.
Robert and Charlene Spierer told the Indianapolis Star they were "appalled" at the cold-hearted claims. They said: "We are appalled that the Wolffs have defamed our daughter knowing that Lauren
Read more »
Posted by Crime Scene USA at 6:44 AM No comments: