JACKO PROMOTER KNEW DOCS WERE 'SHOOTING HIM UP' 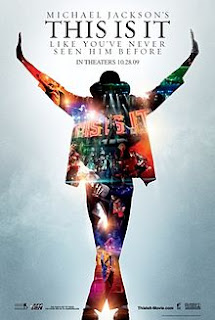 MICHAEL Jackson's concert promoter knew his doctors were "shooting him up with something" lawyers for his family claimed yesterday and they have the e-mail to prove it.
Handing the bombshell memo to AEG Live supremo, Randy Phillips, who was handling the King of Pop's final shows, they made him read his own words about the concerns he had for the star.
Written just two days before the star's death, he mentioned concerns about the powerful medication being administered by Jacko's long time pal, Dr Arnie Klein.
"He scares us to death," he wrote, less than 48 hours before Jacko died from a lethal anesthesia overdose, administered by another doctor, Conrad Murray.

Read more »
Posted by Crime Scene USA at 9:02 AM No comments: 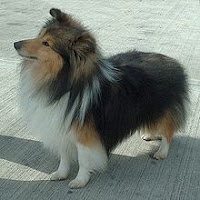 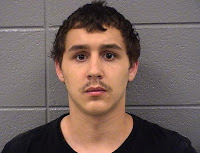 A twisted Illinois teen who thought his dad's Shetland sheepdog was possessed butchered the doomed canine and left it to die. Cops say Andrew J. Maynard, 18, now faces animal cruelty charges in the death of Frisky, who was ritually killed in Audubon park. Maynard had told his dad he was taking the poor pooch for a walk but when they arrived at the park, the dog was killed and left to die.
“He thought the dog was possessed,” Assistant State’s Attorney Oscar Garcia told the Chicago Sun-Times, adding that Maynard's dog noticed the dog was missing..
Maynard told cops he hammered a pot pourri of drugs that put him in "a bad state of mind." Gives one paws.

Posted by Crime Scene USA at 8:07 AM No comments: 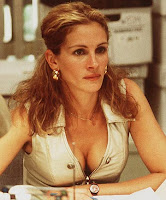 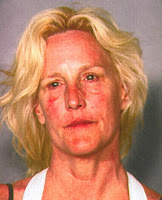 OK, so sometimes art doesn't imitate life. Example A: Feel good movie Erin Brockovich, starring Julia Roberts as a brassy, bosomy environmental crusader ends in a victory for the good guys. Our heroine, as stunning as ever. Of course, that happened in real life too but it appears the REAL Erin Brockovich has developed a bit of a boozing problem if her mugshot is any indication. Just in case you didn't know, that's the real thing on the right. Brockovich was busted for taking a boozy boat ride near Las Vegas. Cops say she was boasting twice the legal limit. Party on Erin Brockovich, party on.
Posted by Crime Scene USA at 7:53 AM No comments:

THE DEATH penalty awaits for Jeffrey Weisheit if he's convicted of starting the fire at his fiance's house, which killed her two children.
Cops say the 37-year-old was supposed looking after Alyssa Lynch, eight, and her five-year-old brother Caleb while their mom and the woman he was supposed to marry, Lisa was at work.
She told them they'd planned for him to drop the kids off at her parents house, before he went on to his job.
But the youngsters never made it - both of them passing away in the ferocious blaze that raged through their Evanville, IN home.
The flames were so intense that it took cadaver dogs several hours to locate the children's charred bodies, the Courier Press reports.