A PERVERT pastor has been busted for having sex with a teenage girl for two years, from the age of 12 up.
Mathias Anderson, who founded the New Wine Ministries allegedly began the relationship with the girl, who is now just 14-years old after meeting her and her mom at a women's shelter run by the church.
Her mom had suspected something was going on for a while but she initially refused to press charges after reporting the pastor to cops in October 2010.
But recently she found e-mail messages as well as several calls between the pair listed on her daughter's cell phone records.
This was after the family moved to Murrieta, GA when Anderson, 41 told them to leave the congregation without providing a reason. 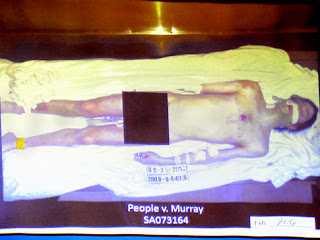 HOLY smokes - he's been fired.
Remember Seattle superhero, Phoenix Jones who was busted after he pepper sprayed a group of people he said were fighting outside a nightclub.
Well not only was he unmasked as Benjamin John Francis Fodor, but now he's lost his day job teaching autistic kids.
"As a result of my new found free time I will be starting day patrols when I'm not looking for work,"  he wrote on his Facebook page.
"The real losers here are the kids that won't understand why I'm not able to see them anymore."
He told KING: "It basically just said that effectively immediately, I was no longer able to work with disabled or autistic children.

DANA THORNTON FAKED EX'S FB TO RIP HIM UP

A JILTED lover who faked a Facebook profile for her cop ex-boyfriend which ripped him to pieces can be prosecuted for identity theft, cops ruled.
Angry Dana Thornton created the page using pictures and personal info about the narcotics detective which said he was "high all the time" and had herpes, Assistant Prosecutor Robert Schwartz said.

TENNESSEE cops are on a desperate hunt for missing mom Karen Johnson Swift, 44, who vanished early Sunday. The mom of four was last seen by her husband  at their home 75 miles northeast of Memphis. Her car--a white Nissan Murano--was found a mile away with a flat tire and is being tested. However, authorities suspect foul play in the pretty blonde's disappearance. While she and her husband were beginning divorce proceedings, he has been cleared and is not considered a suspect.

MUGSHOT MANIA! THEY PULLED HIM RIGHT BACK IN 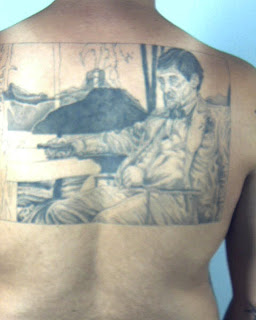 WELL, what wannabe gangsta doesn't admire the attitude and wisdom of Tony Montana, the villainous drug dealer Al Pacino brought to life in Scarface. Thanks to our friends at The Smoking Gun one man has taken it a step further.
Posted by Crime Scene USA at 6:47 AM No comments: 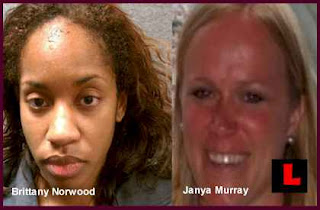 A MARYLAND woman was convicted of first-degree murder in the sinister slaying of her co-worker at a trendy Lulu Lemon Athletica yoga clothes outlet. Brittany Norwood, 27, will likely spend the rest of her life in prison for the March slaying that killed co-worker Jayna Murray, 30. Murray had a staggering 331 stabbing and beating wounds.
State's Attorney John McCarthy underlined the brutality: "This was a brutal, slow attack.It's simple math, an injury was inflicted every 3 seconds. You’d be doing this for 16 minutes nonstop." Then 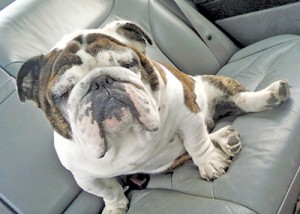 MEET THE biggest dicks in America: Nov. 3, 2011 edition. Jesse James Clark and Johnny Lee Jordan, master criminals, got the bright idea that they would kidnap a tubby English bulldog named Jagger in Washington state. They wanted $1,000 cash and the dog's owner--Jennifer Thomas--to cough up her pain pills. Poor Jagger was dognapped October 4 and his remains were discovered by the side of railway

THE 'MANIACAL' arms dealer dubbed the 'Merchant of Death' is facing a life behind bars after being found guilty of conspiring to commit acts of terrorism against the USA.
As we reported here, the former Soviet military officer, now 44, was caught agreeing to sell a huge cache of weapons to undercover agents posing as terrorists from the FARC group in Colombia.

LINDSAY LOHAN GETS A TAP ON WRIST; WON'T DO TIME 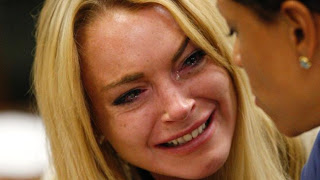 IT SEEMS our sister site, Cold Case USA fell into the Google abyss and has been identified as a spam site. Of course, it's not true but Google says it will take a couple days to get it back up. Thanks for your patience. In the interim, we'll put up some cold case material on Crime Scene USA.
Posted by Crime Scene USA at 5:35 AM 1 comment: