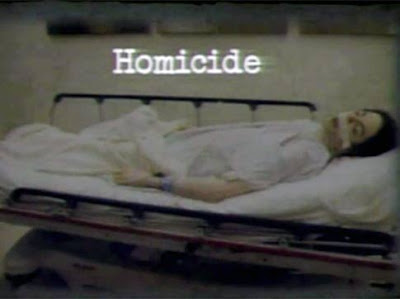 THE MANSLAUGHTER trial of Michael Jackson's doctor began yesterday with the courtroom equivalent of the atom bomb: a macabre death photo of the King of Pop. Oh, and for good measure there was audio of his voice slurring through a drug-fueled haze. Over Jackson's lifeless body on the hospital gurney? One word: "HOMICIDE."
Read more »
Posted by Crime Scene USA at 6:40 PM 1 comment:

FOXY KNOXY's trials and tribulations continue in Italy. Yesterday at her murder appeal in the killing of British student Meredith Kercher she was described by the prosecution as a sex-crazed she-devil, who may be a Satanist. Today, the comparison was to Jessica Rabbit: she's not bad, she's just drawn that way.
Posted by Crime Scene USA at 8:57 AM No comments: 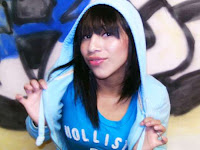 TRAVIS Forbes, 31, has pleaded guilty to the brutal nightclub slaying of pretty Kenia Monge, 19. The beauty vanished April 1 when cops say she was lured into Forbes' van outside a Denver nightclub, killed her then buried her in an unmarked grave. From the start, Forbes seemed eager to talk about Monge's murder while not admitting guilt, according to the Denver Post. He put himself on cops' radar the day after he killed Monge by texting the phone she left behind in the nightclub. He lied to police, saying he had given Monge a ride to a gas station that night and was concerned about her welfare.
Read more »
Posted by Crime Scene USA at 8:52 AM 1 comment: 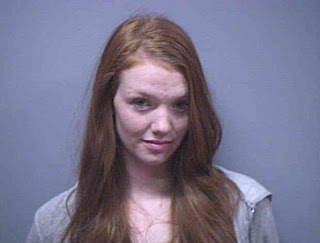 SOMETIME around the summer of 2012, former actress and onetime movie star Lindsay Lohan finally fell off the map. Now, she's turned up again, this time for another DWI in Springfield, Missouri.
Posted by Crime Scene USA at 8:43 AM 1 comment: 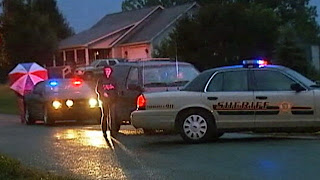 COPS IN Indiana remain tight-lipped on the weekend massacre that left 5 dead at two rural residences as residents cower in terror. Authorities have yet to reveal whether the slaughter was a domestic murder-suicide, drug related or a a criminal world settling of accounts. They refused to call it "a manhunt" suggesting either they know who the triggerman is or the killer is dead.
Read more »
Posted by Crime Scene USA at 8:35 AM 1 comment:

WE'VE covered some dumb people on this site along with our fair share of drunks - but Wilenlia Caraballo had both bases covered with this crime and then some.
Mistake number one, was thinking it would be a good idea to try and rob a Palm Bay, FL, convenience store armed with only a toy machine gun.
Wearing a clear plastic mask, which undoubtedly would have helped to protect her identity, she walked in with what appeared to be an Uzi-style submachine gun.
But rather than go to the back of the store where the employees were standing she went to the front counter.
This leads to mistake number two.
Spotting her, a clerk yelled "Palm Bay police! Get on the ground!"

THIS IS the moment when deadly Dutchman Joran Van Der Sloot finally admits that he is a killer.

Calmly smoking a cigarette,  confesses that he hit and strangled Peruvian student Stephany Flores, 21, after she read an e-mail thought to be about the disappearance of gorgeous American teen Natalee Holloway, who has long been suspected of killing.

'TOE SUCK FAIRY' MICHAEL ROBERT WYATT BACK AT IT

HE JUST loves his feet.
And now the man known as the "Toe Suck Fairy" has been busted again for approaching women and offering to suck their feet.
Creepy Michael Robert Wyatt, 50, already has form for this sort of thing, hence the nickname.
In the 1990s, Wyatt pretended to be a podiatrist in order to fondle and suck a Conway woman's toes at a clothing store.
He received probation, a fine and court-ordered therapy, but this probation was revoked after he
was convicted a year later of making threats for telling a convenience store clerk that he wanted to cut off her feet and suck her toes while she bled to death.

SHE may look like a kindly old grandma, but cops say 96-year-old Amanda Rice Stevenson is actually a deadly killer.
Investigators say she blasted her nephew Johnny Rice, through the heart with a huge .357 magnum handgun, similar to the one used by Dirty Harry.
The 53-year-old was found dead by his wife Deborah after she returned to their house on Sunday evening and she initially thought that he'd had a heart attack, when she saw him lying on the floor.
When she was unable to get the door open, because his body was in the way, she managed to reach around and touch him, but found his body was cold.
But when cops got managed to get into the St Augustine, FL home they found Rice dead on the floor, with blood coming out of his mouth, and multiple blood splatters around the scene.
Read more »
Posted by Crime Scene USA at 5:37 AM No comments: