BREAKING! Detectives in Virginia have announced that they've linked the disappearance of university student Hannah Graham and the 2009 murder of Morgan Harrington. Cops said Monday that Jesse L. Matthew, 32, has been physically linked to Harrington who vanished after a Metallica concert in Charlottesville.
"For the past five years, the Virginia State Police has been aggressively pursuing the investigation into the disappearance and death of 20-year-old Morgan D. Harrington of Roanoke, Va. Last week, the arrest of Jesse L. Matthew Jr., 32, of Charlottesville, Va., provided a significant break in this case with a new forensic link for state police investigators to pursue," Virginia State Police spokeswoman Corinne Geller said in a statement today. 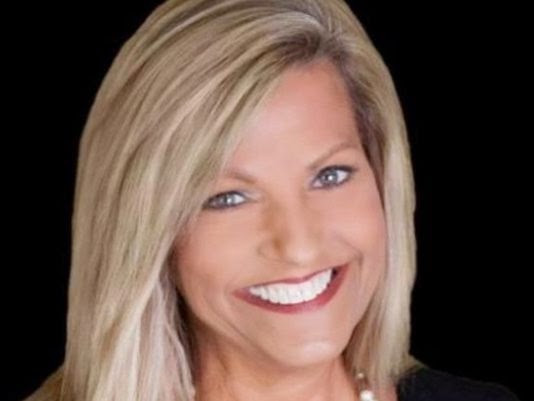 Read more »
Posted by Crime Scene USA at 9:42 AM No comments: 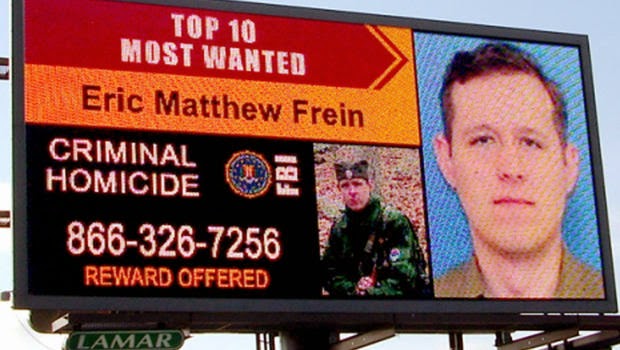 POCONO MOUNTAINS, PENNSYLVANIA -- Where is alleged cop killer Eric Frein? For more than two weeks cops have scoured the Pocono Mountains trying to find the 31-year-old survivalist nut with very little luck. So far, it appears anti-government radical Frein is winning the desperate cat and mouse game and cops fear the path to his location is likely booby-trapped.
But State Police say they think they have the gun nut contained in 5-square-mile perimeter around his parents' home in Canadensis.
Cops say Frein murdered Pennsylvania State Police Cpl. Bryon Dickson and seriously injuring Trooper Alex Douglass at a remote barracks during a shift change Sept. 12. MORE FROM NBC NEWS

Posted by Crime Scene USA at 8:53 AM No comments: 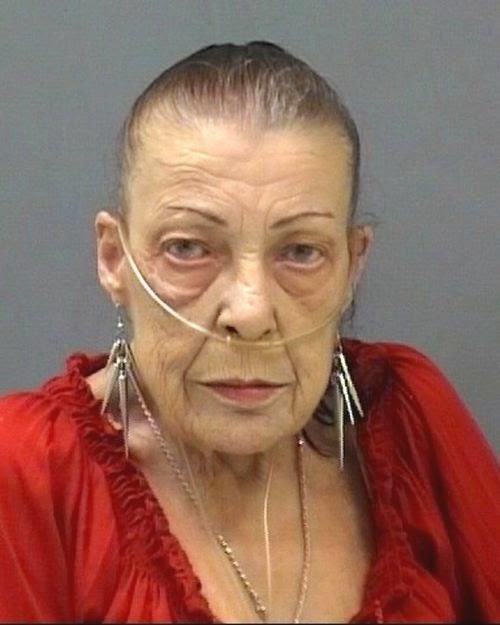 Former girlfriend of legendary Chicago gangster Al Capone recalls the day she told the infamous mobster to keep his hands to himself.
Posted by Crime Scene USA at 8:22 AM No comments:

Cops have beef with cow killers who battered bovine 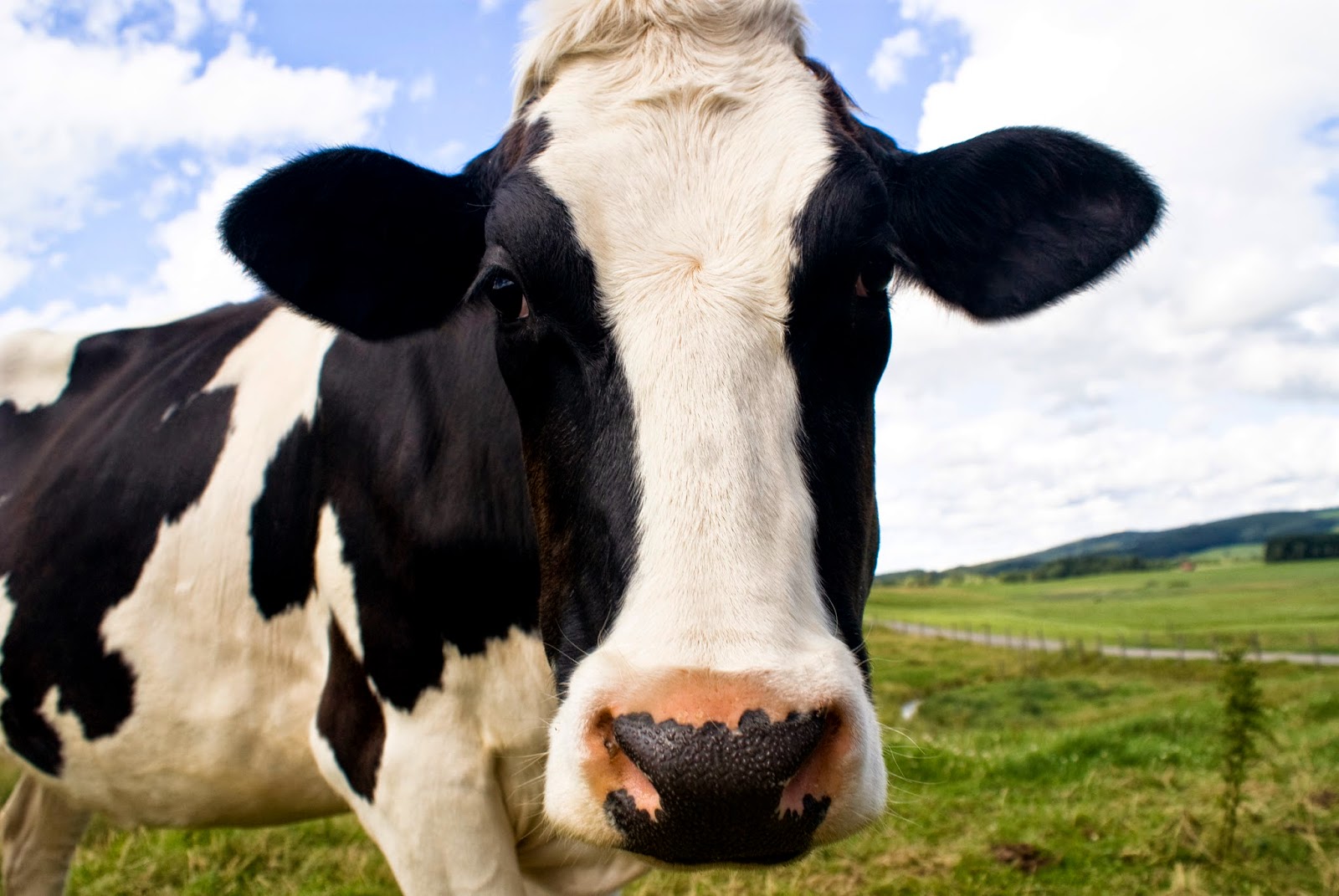 PHOENIX, ARIZONA -- Make no mis-steak -- these killers are monsters. A Phoenix family was devastated when their pet cow was murdered after being battered by a barrage of softballs fired from a potato launcher. Cops say the family found the critically injured animal Friday morning.
"The early indications are that perhaps this cow was injured by someone who may have thrown these softballs at this cow," said Sgt. Steve Martos. "Unfortunately, as I understand it, this cow had to be put down by a vet."
Neighbors are also said to be furious that anyone would harm the friendly animal.
MORE FROM KPHO
Posted by Crime Scene USA at 8:21 AM No comments: 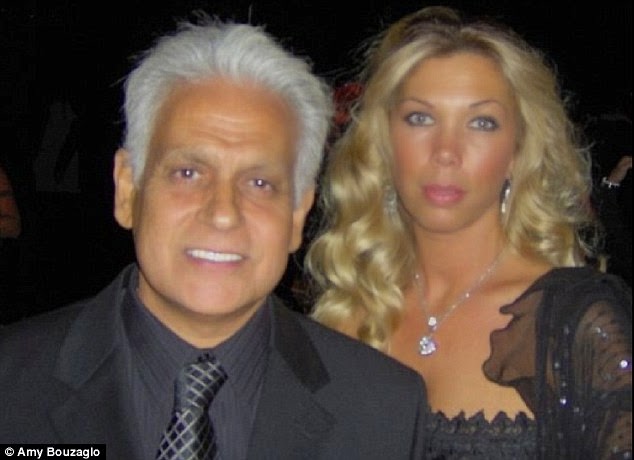 SCOTTSDALE, ARIZONA -- Kitchen Nightmare indeed. The founder of Amy's Baking Company Samy Bouzaglo -- who appeared on the reality show -- attacked a drunk with a knife outside his Arizona restaurant. Samy's wife Amy apparently took exception to the boozehound's bravado and ordered him to leave. Samy wasn't done and chased the man with a knife, screaming "Let me!"
MORE FROM TMZ
And it isn't the first time the couple from hell have raised eyebrows. MORE ON THE BOUZAGLO'S ANTICS
Posted by Crime Scene USA at 8:21 AM 1 comment: 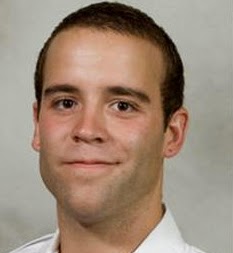 MIAMI, FLORIDA -- A former firefighter who had over 120 child porn videos on his computer has been sentenced to 27-years in federal prison.
Twisted Alexander Rousseau downloaded and viewed the sickening films, many of which were over five minutes while on duty, according to FBI investigators.
U.S. District Judge K. Michael Moore said the sentence was justified because the 31-year-old had lied during testimony about who downloaded the images.
The jury convicted him of five counts of receipt of child pornography and one count of possession. Rousseau will have to register as a sex offender and will be on probation for life.
Posted by Crime Scene USA at 7:23 AM No comments:

'Dear, sweet' mom of four gunned down in Philly

PHILADELPHIA, PA -- A "dear, sweet," mother-of four was gunned down as she walked her dog near a Philadelphia park.
Kathryn Berry, 42, never had issues with anyone or received any threats, family members told NBC Philadelphia.
"She was a dear, sweet woman," said James Graves, a relative of Berry's. "She was a good heart."
Berry was shot in the forehead and the leg by a man who investigators describe as "heavy set" with a grey and black beard, standing between five-foot-11 and six-feet. He was carrying a silver handgun, they said.
Berry who was found by her daughter moments after the shooting, later died of her injuries.


Posted by Crime Scene USA at 7:09 AM No comments: 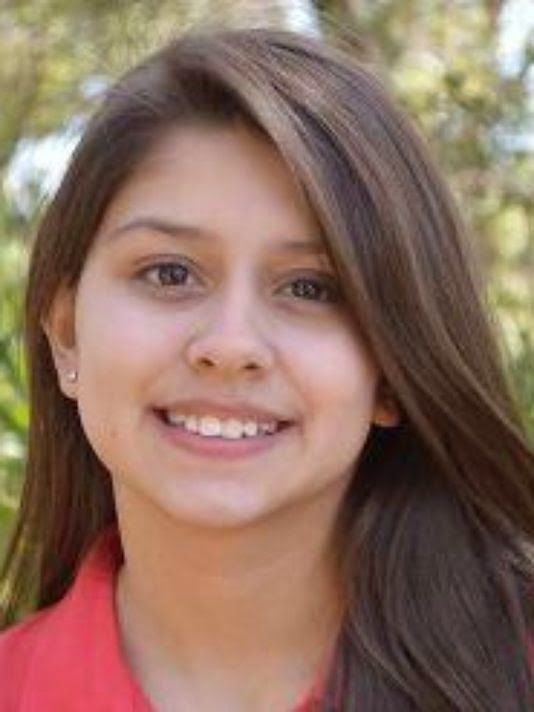 A 14-year-old Florida girl is still missing more than a month after she disappeared from the bed she was sharing with her sister.
Adelle Burns left a note telling her mom that she would be with friend's in Mississippi, but there has been no word from her since.
Read more at Cold Case USA
Posted by Crime Scene USA at 6:53 AM No comments: 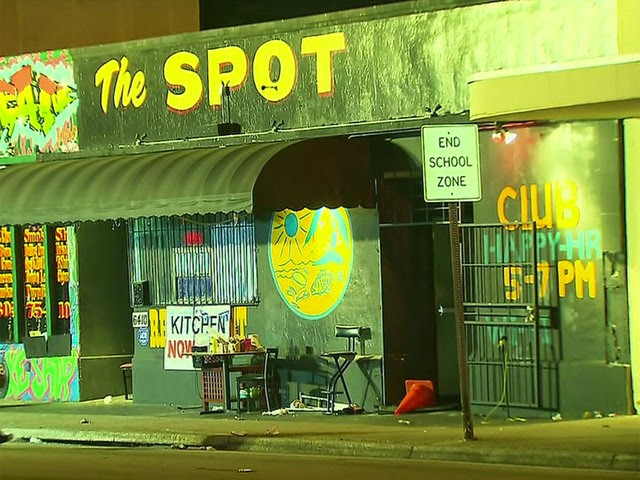 MIAMI, FLORIDA -- An 11-year-old girl was among 15 wounded during a shooting a Miami nightclub, cops said.
Investigators were still trying to piece together who or how many people fired the weapons or what prompted the shooting outside The Spot club, according to police spokesperson Federica Burden.
Witnesses told CBS Miami that they heard at least 100 shots.
A unresponsive man was found not breathing by emergency responders and five girls aged 11 to 17 and cops said they were going from hospital to hospital to try and piece together what happened.
Miami Fire Rescue Capt. Ignatius Carroll called the shootings "very disturbing."
"What was very surprising to the responders was that these were kids that out at 1o'clock in the morning in a club and this type of violence took place where a bunch of kids were gathering," he said.

Posted by Crime Scene USA at 6:31 AM No comments: 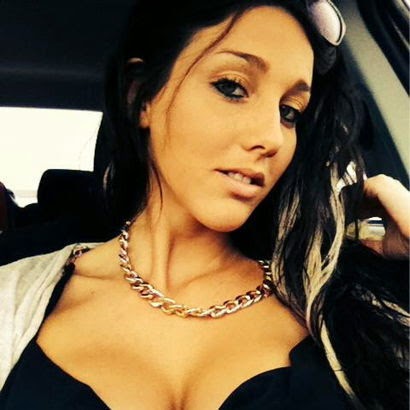 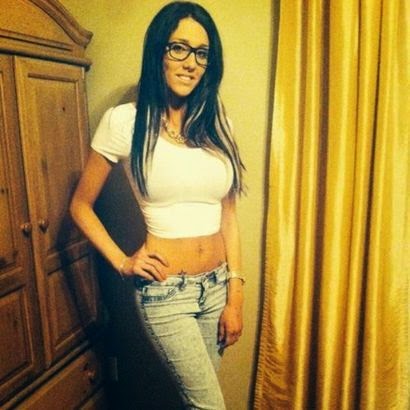 A Facebook page devoted to the woman dubbed the World's sexiest criminal has got almost 9,000 likes since it was founded.
The page for Stephanie Beaudoin, set up by fans of the saucy French Canadian features the saucy pictures the 21-year-old medical student posted on Twitter.
Beaudoin faces 114 charges for 42 alleged break-ins in and around her hometown Victoriaville, a small community around 90 miles northeast of Montreal.