NO BODY OF MAN WHO ACCIDENTALLY KILLED GOTTI SON: In the pantheon of departed victims of the late Gambino mob chief John Gotti, few episodes are as heinous as the murder of John Favaro. A neighbor of the Gottis in Howard Beach, Queens, the hard-working factory employee and father of two accidentally struck and killed Frank Gotti, 12. Cops found no wrongdoing. Favaro was abducted several days later and never seen again.  NO GRAVE FOR SON OF GOTTI VICTIM TO VISIT 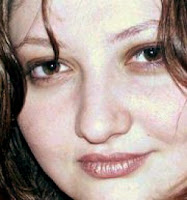 PA. MAN BEAT WIFE, SON TO DEATH: More Father's Day happy talk. Cops in suburban Philly (what's with those burbs?) say a man calmly called 911 and reported that he had beaten his wife Irina Geller Moyer and 7-year-old son to death with a baseball bat. Then, Christopher Moyer, 44, a computer consultant went to nearby train tracks, put his head on the track and was delivered to the hereafter around 1 a.m. Saturday. DEATH IN THE SUBURBS
ACCUSED CANADIAN KILLER NABBED AFTER 14 YRS. IN FLA: The U.S. Marshals arrested a Canadian fugitive wanted for a 1997 murder. Cops say John Boulachanis, 37, was nabbed Thursday in Miami. Boulachanis and another triggerman lured Robert Tanguay to a remote area in the western part of Quebec. Tanguay was then executed by several gunshots to the head. FUGITIVE GUNMAN CAPTURED
Posted by Crime Scene USA at 9:40 AM