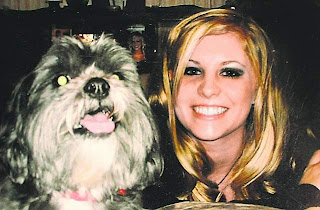 THURSDAY marks the six month anniversary of Tennessee nursing student Holly Bobo's disappearance. Wednesday is her 21st birthday. Now, the Jackson Sun is reconstructing the day the pretty blonde vanished.
According to the Jackson Sun: Before dawn on April 13, Holly Bobo dressed for nursing school, ate breakfast and studied for a test. By 8 a.m. she had been abducted from her home in Darden and has not been seen since. At 8:05 a.m., the first of several sheriff's deputies and other law enforcement pulled into the Bobos' driveway, 10 minutes from the time Holly was last seen by her brother Clint. Holly's mother, Karen, arrived moments later and her father, Dana, rushed home from work to learn about the abduction of their only daughter.
Dana Bobo told the Sun: "A lot of mornings before I leave, I'll ask her if she needs any money to buy gas. It is about 5:30 I guess, when I usually leave to go to work, and I talked to her through the door. She said leave her some money, and I left the money on the bar at 5:30 or 25 until 6, and that was the last I talked to her." MORE IN THE JACKSON SUN
Posted by Crime Scene USA at 9:13 AM