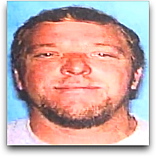 THEY HAD BEEN FRIENDS. School principal Sam Lacara, 50, and John Luebbers, 44, worked together, golfed together and usually had lunch together. But on Wednesday, Luebbers shot to death Lacara, the principal of ScHnell School in Placerville, California. He took a bullet to the torso.
Luebbers--a janitor--was arrested. Cops say the shooting arose from a dispute between the two.


"It's a tragedy for Placerville and for our entire society," Police Chief George Nielsen said."The main issue with how to deal with students
was the ongoing investigation and the crime scene, and ultimately that was to remove them (to a nearby fairground) and get them back to their families."

No children were injured, but cops believe one student may have seen the shooting. The  911 call midmorning Wednesday that shots had been fired at the school, Nielsen said. Placerville is in Northern California, 45 miles east of Sacramento.
The gunman was described as "angry, bitter man."
Posted by Crime Scene USA at 10:01 AM