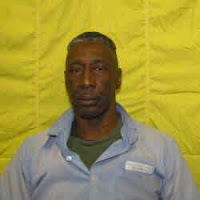 THE DNA from a man suspected in a 1990 homicide now puts him in the cross hairs of the death penalty. Prosecutors in Cincinnati say Timothy Sellers, 57, has been hammered with a death penalty indictment for the murder of Lillian Curtis.
According to cops raped and murdered Curtis in the Over-the-Rhine neighborhood. Her brutalized body was discovered in a building and the cause of death was listed as blunt force trauma to the head. She was also beaten on other parts of her boldy. Sellers was long a suspect in the slaying but detectives didn't have enough evidence to close the deal--until now. And Sellers? Well, he's no Prince Charming.
He was also charged in 1990 with rape and involuntary manslaughter in the death of Pauline Dunkman. Dunkman was viciously raped in June
1990 and died 9 days later as a result of a blood infection caused by the extensive injuries caused by the attack. Sellers was convicted of these charges and sentenced to 15-25 years in prison where he remains today. Unfortunately, a 2002 hit linking Sellers to the Curtis murder slipped through the cracks.

THE PROSECUTOR'S OFFICE SAID: "It is unfortunate that a simple mistake kept this case from going to court several years ago. Fortunately, Sellers has been in prison since the death of Miss Curtis and not able to hurt or kill anyone else. Sellers is a vicious killer who has preyed upon very vulnerable victims. We have the evidence necessary to send him to death row. I applaud the Cincinnati Police Department for creating internal controls within their office to prevent a similar situation from occurring."