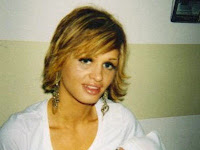 A WITNESS to the grisly Long Island Serial Killer's heinous activities is revealing for the first time his chilling encounter with one of the now missing prostitutes. Gus Coletti tells CNN he heard a banging on his door while he was shaving.
A woman--identified as Shannan Gilbert--was banging on his door, begging for help. She screamed: "Help me! Help me!" Coletti quickly dialed as the terrified woman made a run for it, tripping down his steep steps. A year later, Coletti is certain the woman was Gilbert--the missing hooker whose disappearance triggered the Long Island Serial
Killer probe. So far 10 bodies or remains have been found. Detectives suspect a serial killer is at work, stalking the escorts on Craigslist and then murdering them and dumping them on a lonely stretch of Long Island beach.
"A missing person detective came in August, was asking about her. I said, 'Where have you been?' " Coletti said, hinting cops have fallen down on the job. "They never got a statement from me in June," he says.
COLETTI'S CHILLING ACCOUNT
Posted by Crime Scene USA at 5:56 PM