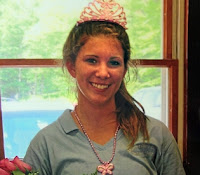 * HOLLY BOBO: The wicked weather whipping through the south has thwarted Investigators in their desperate hunt for Holly Bobo. The 20-year-old nursing student was kidnapped almost two weeks ago from her Tennessee home. Latest development is a personal item of the pretty blonde's has been discovered, although cops are keeping mum. The search resumed Saturday. BOBO COPS TIGHT LIPPED
* KRISTA DITTMEYER: Funeral arrangements have been made for the Maine mom. An autopsy was inconclusive but detectives hinted they believe she was murdered and are looking at suspects. Her body was found Wednesday after vanishing last Saturday in New Hampshire.
Her vehicle was still running with her 14-month-old baby sleeping soundly in the backseat.
MAINE MOM'S HEARTBROKEN HOMETOWN
* LONG ISLAND SERIAL KILLER: Investigators are widening their search in the Long Island Serial Killer probe. They are now looking beyond the barrier island where 10 sets of remains have been discovered in what appears to be the monster's dumping ground. According to the AP: State police say they will begin searching the southern Wantagh State Parkway from Merrick Road to Ocean Parkway beginning Monday morning. Authorities have been investigating since sets of human remains were found along Ocean Parkway near Oak Beach in December.