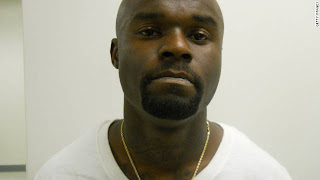 COPS on the Eastern Seaboard are hunting Arthur E. Morgan III in the murder of his toddler daughter, 2. The child was strapped into her car seat then tossed into a stream from an overpass near the Shark River Park. A group of boys discovered the child's body partially submerged on Tuesday afternoon, still
strapped into her car seat. Morgan was supposed to return the child to her mother Monday night following a custody visit. When he failed to return the child, prosecutors in Ocean County charged him with endangering the welfare of a child and interfering with child custody. The child was found dead some 20 hours later, WABC reported. A number of federal and state agencies, including the FBI, are involved in the search, suggesting Morgan may try to leave New Jersey where he and the child's mother live separately.