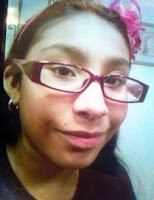 TEXAS cops have a red ball on their hands after the discovery of the body of 10-year-old Oklahoma City girl Jasmen Gonzalez. Now, detectives have detained a family friend in the vicious stabbing death.  Jose Sifuentes, 23, was named as a “person of interest.” He lives in Carrollton--near Dallas--but is not a U.S. citizen. He is being held by U.S. Immigration and Customs Enforcement. He was in the same apartment where Jasmen was abducted Saturday.
Lt. Doug Mitchell said: “We’re still talking to other people. We are re-interviewing folks, so there’s a lot more work to be done.”
Searchers found the popular little girl's body behind the wall of a house--two blocks from where she was kidnapped.  Police said Jasmen was in town with
her family from Oklahoma City. They were visiting relatives in Carrollton for a family reunion. Police said one other family from Mexico was also in attendance when Jasmen went missing. MORE ON JASMEN GONZALEZ CASE
Posted by Crime Scene USA at 8:51 AM