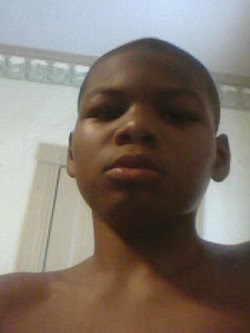 UPDATE: Lisa Coleman made the journey to oblivion last night. She received a lethal injection one hour after the U.S. Supreme Court rejected a last-minute appeal to spare her life. Coleman was pronounced dead at 6:24 p.m. CDT.
MORE FROM FOX NEWS
EARLIER: Hell is rolling out the red carpet for Lisa Ann Coleman -- slated to be executed Wednesday for the sickening torture murder of  Davontae Williams. The 9-year-old's body was discovered July 26, 2004.

At Coleman's trial, it was revealed  Davontae had been beaten and bound, weighed just 35 lbs. and his ravaged body was covered by more than 250 scars, including burns from cigars and cigarettes.
Coleman, now 38, at the time was the lesbian lover of Marcella Williams -- the boy's "mother."
The pair said the death was an accident and that Davontae had mental health issues. Williams later testified against her sapphic playmate and is doing a life-long jolt in the big house.

Not so, says Dixie Bersano, an assistant Tarrant County district attorney who prosecuted Coleman. "Davontae died of malnutrition, a slow and cruel process," she said. "There was not an inch of his body that had not been bruised or scarred or injured."
MORE IN THE HOUSTON CHRONICLE
Posted by Crime Scene USA at 10:17 AM