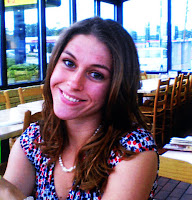 A FORMER boyfriend of murdered North Carolina mom Laura Jean Ackerson said that in recent emails she described how bitter her custody fight was. Detectives found Ackerson's dismembered remains in Texas Wednesday. She had been reported missing July 18. Her former boyfriend and the father of her two boys, aged 3 and 2, Grant Ruffin Hayes, 32, and his wife Amanda Perry hayes, 39, have been charged with murder.
James Harrison--who dated the pretty brunette from 2005 to 2008--said
that in an email dated July 11, Laura Jean revealed the terrible toll the battle with Hayes was taking. Both parties claimed the other was an unfit parent.

Harrison said: "She was involved in a very long court battle. Clearly, the relationship had gone sour. The manner in which it happened and the level of gruesome detail that went into Laura's disappearance has just killed me."
Apparently, Laura Jean and Hayes relationship had been volatile but Harrison initially believed he had the sort of traits that his ex was looking for in a man. He was tragically wrong.
Posted by Crime Scene USA at 8:33 AM