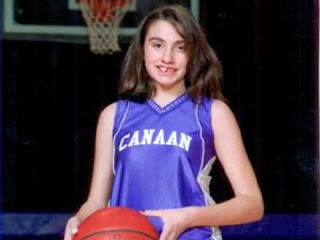 CELINA CASS would never have gone with a stranger, friends said. The missing 11-year-old New Hampshire girl was just too painfully shy. Cass--who lives near the Canadian border--was last seen in her bedroom Monday night. Kayla Baglio said: “She was very shy. If she didn’t know you she would look to her older sister to make sure you were okay."
So anyone in her small village of 900 who knows her--and that's pretty much everyone--doubts she willing went with the person who likely abducted her. And they don't think she ran away either.
The investigation, now aided by the FBI, has sent
shivers of terror through the area as parents fear for their own children's safety.

Kieran Ramsey, the supervisory special agent for the F.B.I. in New Hampshire said the agency has deployed its “Child Abduction Rapid Deployment Team.” Cops are begging for the public's help and the case still being treated as a missing person's case. However, late Wednesday crime scene tape was put around the family home.
Posted by Crime Scene USA at 8:16 AM