WOW! No wonder they're revolting in Libya. Pretty hard to take a regime that wants its subjects to be pious Muslims while the offspring is having a skank-a-rific time with his former lingerie model wife. According to the New York Daily News, sexually explicit photos of fugitive ex-Libyan leader Moammar Khadafy's son Hannibal and daughter-in-law Aline Skaff surfaced on the internet after rebel forces found a laptop loaded with their personal photos. Oh, she's accused of pouring boiling water over a maid. Nice. More pix after the jump.
DESPOT AND THE SEXPOT 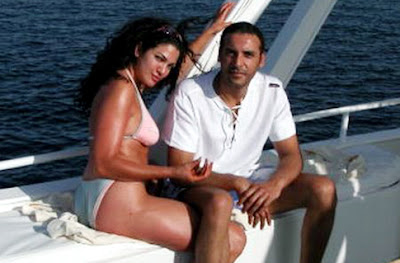 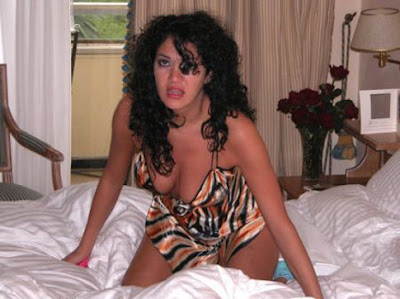 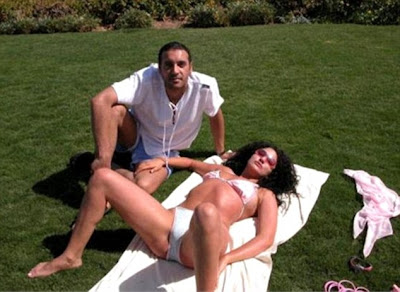