UPDATE!   HAMMOND --  Cops in Indiana say convicted sex offender Darren Deon Vann, 43, of Gary is expected to be charged with murdering seven women -- and detectives fear there could be more. The women's bodies were found around northwestern Indiana. Vann has allegedly confessed to the killings.
Cops believe that Vann is a "serial killer." LATEST ON SERIAL KILLER 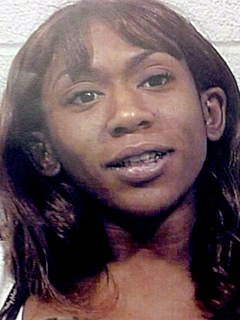 EARLIER:   An Indiana man has confessed to killing four women in a quartet of grisly sex slayings. Cops say the unidentified 43-year-old admitted strangling to death a woman whose body was found at a dingy Motel 6. The monster then took cops to different locations in rough and tumble Gary, Indiana were they found the bodies of three more women. Cops say the suspect is a convicted sex offender.
"A friend of the deceased called us and she was concerned when she didn't respond to her calling," a detective said. "We were sent there and found that person dead."

Now, police the suspected murderer is a serial killer. Two of the women have been identified: Afrika Hardy, 19, (left) found at Motel 6 and Anith Jones, 35. It's believed Hardy may have been involved in prostitution.  MORE FROM CBS CHICAGO