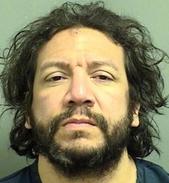 TWO FLORIDA parents may face a date with the needle for killing their kids. Carmen and Jorge Barahona allegedly killed their daughter, 10, and have been charged with first-degree murder. The child's body was found in the back of her dad's truck. The Barahonas are also being slapped with 16 charges of child abuse and neglect. As if the picture couldn’t get more disgusting, necrophilia appears to have been tossed into the mix. The father is charged with mutilation and abuse of the daughter’s body.They have pleaded not guilty.Previously the gruesome twosome got in hot water when callers reported that the daughter and her twin were bound and locked in bathrooms for long periods of time. Despite these complaints, Florida’s Department of Children and Families allowed the twins to remain with the Barahonas. Go figure.
MORE FROM CNN
Posted by Crime Scene USA at 6:31 AM