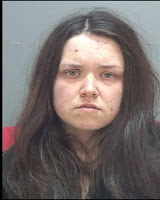 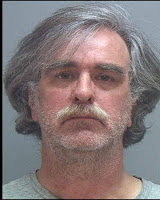 COPS in Utah have arrested three people in the sickening torture murder of a disabled mother. According to detectives, Christina Harms' body was discovered tied in the shape of a crucifix in her home in Kearns. They believe Kearns, 22, was the victim of a disturbing bondage torture that led to her death. Horrifyingly, her 2-year-old child was in the home at the time of the killing. Cops have arrested Kearns’ caretaker, Cassandra Shepard, 27, Shepard’s mother Sherrie Lynn Beckering, 50, and stepfather Dale Beckering, 53 who have all been charged for domestic violence.

Harms had been under the Beckering’s care for nearly a year. They are now awaiting an autopsy which will confirm the cause of death. Though neighbours have expressed disgust that “someone would actually do that to a human being” it appears that no one really knew anything about them; the family only moved into the house a couple months ago.
As the alleged killers have no criminal record, investigators are baffled over possible motive.


"The case is still early and we're looking into all the motives and the reason for this, but this is obviously a very sad and tragic situation that took place in this residence," said Police Lt. Justin Hoyal.

MORE ON CRUCIFIX MURDER
Posted by Crime Scene USA at 7:00 AM