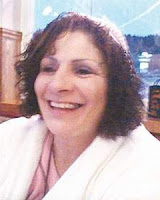 A WASHINGTON woman is blaming the Twilight series and Robert Pattinson for local cops stonewalling on her daughter's mysterious death. America Gonzalez is claiming that cops in Forks, Washington where the teen vampire series is set, won't look into her daughter's death because it could scare away fans of the series--the Twihards--who arrive in droves to the town and potentially film production.  The distraught mom says her daughter, Debra Dawn Grajale, 45, died in February but the death was ruled a suicide. Grajale had earlier threatened to kill herself after splitting with her boyfriend. Her lifeless body
was later found inside a storage unit on February 15 and she had toxic levels of medication in her system. Closed case, right? Not so fast mom says. She suspects foul play BECAUSE the storage facility was secured from the outside.

She said: "Forks police are pushing this under the carpet and are covering it up. They did no fingerprinting, no interviewing of any suspects at that time. How could you call it a suicide if you know the door was latched from the very beginning?"
Cops believe despondent Grajale killed herself and that the latch was accidentally locked by the dead woman.
Fans of Twilight hyave a cult-like devotion to the main characters, love-struck Bella played by Kristen Stewart and the object of her devotion, Edward the vampire played by Robert Pattinson.
TWILIGHT BLAMED FOR 'MURDER' COVER UP
Posted by Crime Scene USA at 10:00 AM