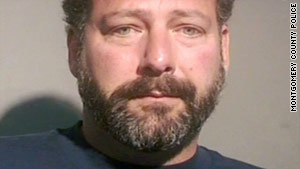 WHO, ME? As cops in the Caribbean hunt for Robyn Gardner, her traveling companion's lawyer says they have nothing to hold him on. Gardner, 35, an unemployed dental assistant from Maryland disappeared in Aruba August 2 on Baby Beach. Detectives instantly smelled a rat and arrested Gary Giordano, 50, on August 5. But his lawyer says there is nothing to hold his client on. Michael Lopez said: "Today, 9 days later, 4 voluntary interviews, 2 site visits, and more than 30 statements coming from different sources including witnesses
and professionals, we can not deduce that there is hard proof to sustain a demand by the public prosecutor against our client."
Giordano told cops that they had been snorkeling when she disappeared. They were swimming back to the beach and the middle aged lothario said that when he arrived, she was nowhere to be seen.
Gardner, a pretty blonde, who loved running and tennis was on a clandestine trip to the island with Giordano behind her boyfriend's back. They arrived July 31st.
Sources said Giordano courted other blonde cuties with offers of trips and vacations and liked to film his sexual encounters. He was charming but one ex-wife said he was volatile. "He can't control his anger," Sharon Cohen said. MORE ON GARY GIORDANO AND ROBYN GARDNER