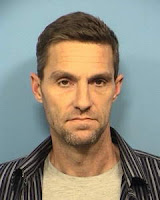 
Kuhn's granddaughter Holly said: “Terry Bratcher is a cold-blooded, heartless killer. We ask and pray
that the court shows him the same amount of respect that he has shown my grandpa." Bratcher will spend the rest of his life in prison. Bratcher was going to sell the guns for drugs.
Posted by Crime Scene USA at 7:46 AM