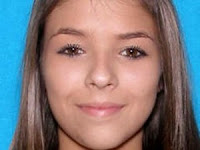 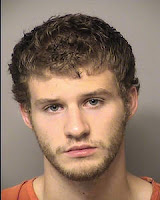 COPS SAY a Northwest Indiana man murdered pretty Amanda Bach who had been missing since last Thursday and was found dead Saturday--300 yards from the accused killer's home. Dustin McCowan, 18, then allegedly shot to death his former girlfriend, Bach, 19. He has been charged with murder.

Bach left her Portage, Indiana home at 10 p.m. Thursday to go see McCowan, and police found her gold Pontiac around 3:30 a.m. Friday at a general store. Detectives say the bubbly brunette had sustained trauma. McCowan was arrested at Indiana University in
Bloomington Saturday night where she was visiting friends on a planned visit. As he left a dormitory, he was busted. A police source said: “My understanding was, he just came down here. He was visiting friends here.” McCowan was with two IU students at the time of his arrest. The students he visited on campus do not appear to be involved and he was cooperative when busted.


McCowan “was totally cooperative” when he was taken into police custody, Cash said. Ironically, the accused killer's mom was one of those people handing out fliers Friday.
Amanda's family said in a statement: “Everyone in Amanda’s family loves her very much. Her smile lit up a room whenever she walked in. She was too beautiful for this world, and we will all miss her very much.” MORE IN THE CHICAGO SUN-TIMES
Posted by Crime Scene USA at 6:43 AM