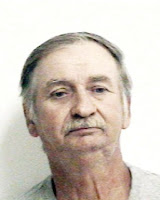 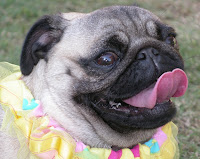 APPARENTLY, Larry Tucker likes dogs. A lot. Larry, 62, of Monroe, South Carolina is in a spot of bother. After a recent spat with his girlfriend who he allegedly hit and forced into having sex, she dropped a dime on ole Larry. It seems the girlfriend saw Larry having sex with his dog in various forms (was this a minor character flaw that she thought she could overlook, because true love overcomes?)
Cops launched an investigation but had to wait after the woman moved out of
the canine copulator's house and had to be located for additional questioning. After officers spoke with Tucker, he reportedly admitted to the alleged acts, including allowing a dog to lick his genitals (doesn't everyone?) Tucker was arrested and currently faces charges on all four counts.
Posted by Crime Scene USA at 7:43 AM