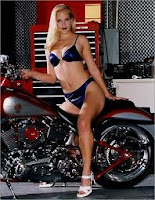 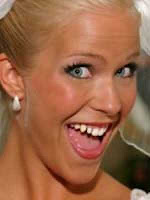 UPDATE: A Tampa judge had granted Debra Lafave her wish: an early end to probation. The victim's family objected. She did two years house arrest and part of her original plea deal was that there would be no early end to the 7 years probation she agreed to. MORE ON DEBRA LAFAVE'S SOFT JUDGE
EARLIER: About six years ago, Debra Lafave burst onto the national stage like a brief, shimmering light. The troubled teacher who had developed a habit of boinking students agreed to three years of house arrest followed by 7 years probation. Debs had banged a 14-year-old boy in her classroom, home
and car. Part of the deal was no early end to probation. How about an apple for Ms. Lafave.
Now, of course, she's given birth to twins and wants to wiggle out of the deal.
Her lawyer said: "For almost six years now Debbie has worked hard and has been gainfully employed.
She has completed all her community service hours early and doing extremely well in all aspects of her personal life. She has done everything she can to put behind her the events in this case. We hope that she can get a break on the last years of her probation."
Oh, and keeping away from the young uns was also part of the deal. In fact, the blond beauty was rearrested in 2007 for speaking to a waitress at the restaurant where she worked. The girl was 17.
MORE ON DEBBIE LAFAVE