MILTON 'NOT SO BRIGHT' BRADLEY BUSTED FOR THREATS

BAD BOY BASEBALL star Milton Bradley struck out big time Tuesday for allegedly threatening a woman in LA. It's just the latest incident in a series that have overshadowed his talent.
The Seattle Mariner outfielder was arrested on charges of making terrorist threats after the woman called the LAPD's West Valley station.
Officers arrested him that morning but the star came out swinging after posting $50,000 bail seven hours later. A rep said he denied all the charges. However the bust will no doubt lead to a few fiery words from Mariners general manager  Jack Zduriencik who confirmed that: "Milton had been arrested and subsequently released in Los Angeles. He added: "While we do not yet have full details on what occurred, we are aware of the situation and take it very seriously."
Posted by Crime Scene USA at 10:51 AM No comments:

'I KNEW SOMETHING TERRIBLE HAPPENED TO HER' 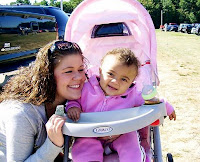 Cops on Long Island have identified one of the victim's of a serial killer who dumped his victim's bodies on an isolated beach. Suffolk County cops revealed that Megan Waterman, an alleged craigslist prostitute from Maine was the victim of foul play but refused to offer more details.


"I knew since she first went missing that something terrible had happened to her,"  Waterman's mother Lorraine Ela of Portland, told the Daily News. "I had that motherly instinct. I knew once they found those bodies, it wasn't going to be a positive outcome, but I still held out hope."

Waterman's body was identified through a DNA match, and police said they were closing in on identifying the three other bodies. The Suffolk DA said "progress is being made" and hinted detectives were closing in and that the public has been cooperative in providing info on the missing women.

THEY CALLED him 'Stinky.' Well, not really but Connecticut party goers might just as well have. Drunk and dropping stink bombs all over the place, Marc Higgins, 21, of Bristol became enraged and knifed four people who made fun of his free-flowing flatulence.
One of the victims was killed.
According to the Hartford Courant, Higgins was mercilessly mocked by party goer Stacy Buccheri.
That's when he left the party and came back 45 minutes later armed with three knives.
Cops say Higgins then revved up the bloodlust and began slashing away at partygoers, killing Matthew Walton, 21. More in the NY Daily News

Posted by Crime Scene USA at 10:26 AM No comments: 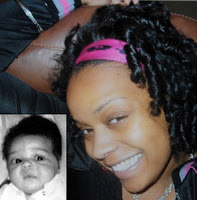 A swinging Air force Sergeant who went to kinky wife-swapping parties has gone down for eight years because he didn’t tell people he had HIV.
Sgt David Gutierrez ‘Played Russian Roulette’ with numerous lives, sleeping with a large number of people.
Although he knew he had the deadly disease the philandering flyboy refused to use protection even though his commanding officer had ordered him to tell people and use condoms.
Astonishingly it seems that despite his irresponsible behaviour no one was infected, but one woman who had slept with him said she was: “Kind of mortified.” Gutierrez, 43, told the Court Martial that he was encouraged to continue going to the events by his wife, adding that no one would have had sex with him if they had known about this disease.
He was also dishonorably discharged from the Air Force.