CASEY ANTHONY ON TRIAL FOR HER LIFE IN FLA. 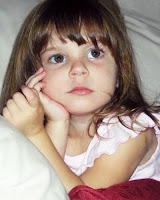 THE PARTY'S over for Party Mom Casey Anthony. Her first-degree murder trial began today in Clearwater, Florida and if convicted she could be executed. She is accused of murdering her toddler daughter Caylee, 2, in 2008--and then lying to cops.
Caylee vanished June 16, 2008 and six months later her remains were found in woods not far from her grandparent's house.Anthony has pleaded not guilty and denies ever harming her child. However, a mountain of evidence piled against her seems insurmountable 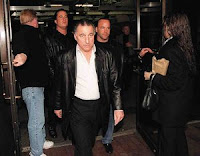 THE PHILADELPHIA mob has again been thrown into turmoil with the arrest of Mafia kingpin Joseph "Uncle Joe" Ligambi, 71. More of the Angelo Bruno style than Crazy Nicky Scarfo, according to the Philadelphia Inquirer, Ligambi was reluctant to use violence because it interferrred with his money making schemes. The arrest Monday could signal the end of his run and further imperil the Philadelphia mob. The gentleman gangster and others were hammered with a 50-count indictment that focuses on racketeering, loan-sharking and gambling. But curiously missing is any semblance of violence, of course there are 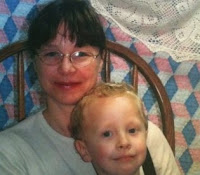 IN AN astonishing leap, accused child killer Juli McCrery's ex-boyfriend claims the woman's dead son would have forgiven her. McCrery, 42, from Irving, Texas, was arrested last week and charged with murdering her 6-year-old boy, Camden Hughes and then dumping his lifeless body on a remote road in Maine. Now, friends and family are trying to make sense of the terrible tragedy.
Ex beau Robert Miller said: “He would tell her, ‘It’s OK, Mommy.' He loved her just as much as she loved him. I was the only dad Camden ever knew."
McCrery is being held without bail in New Hampshire and others who

ELIZABETH SMART WILL SPEAK AT SENTENCING

KIDNAP victim Elizabeth Smart is planning to speak during the sentencing hearing for her kidnapper Brian David Mitchell.
As a 14-year-old Smart was taken from her home at knifepoint raped her and held her captive for nine months by Mitchell and his wife Wanda Ileen Barzee.
He was found guilty of federal kidnapping and unlawful transportation charges in December and faces a maximum sentence of life in prison.
Throughout most of the case, Smart maintained a dignified silence but now she says her goal is to not only speak for her case, but also for other victims.
"I hope it gives others hope that they can speak out and not be scared to face their captor," Smart told KUTV.

THE label read "I Can't Believe It's Not Butter" and it sure wasn't.
Now the babysitter is toast after cops picked her up for spreading marijuana-laced margarine on the toast she fed to a 12-year-old girl.
Stevie C. Hickey allegedly told the girl she put "parsley butter" on two pieces of toast, according to Dewey Drive, PA police.

She was looking after a few kids at the time.

ROCK and Roll All Nite was definitely not on the agenda in the jail cell when former Kiss guitarist Vinnie Vincent was busted for aggravated assault on his wife.
Diane Cusano, 44, accused him of hitting her in the face, throwing her to the ground and dragging her through broken glass.
Covered in blood, after she arrived at the sheriff's office in Murfreesboro,TN, officers immediately rushed her to a medical centre.
She told officers that she and Vincent, whose real name is Vinnie Cusano, began arguing over a woman he was talking to on Saturday evening.

AN evil mom tossed her newborn baby boy down a garbage shoot, like it was a piece of trash, but her disgusting ploy to dispose of the child was foiled by the garbage itself, cops say. If Laquasia Wright had picked any other day she may have succeeded with her disgusting plan but a large amount of trash had collected in the compactor room over the weekend, which cushioned the landing. A maintenance worker heard a baby boy's cries coming from the trash compactor and the child was taken to Brooklyn Hospital where he remains in stable condition. Jerry Schmetterer, spokesman for the Brooklyn District Attorney's office said the baby did not appear to have been injured in the fall.
Wright, 18, was quickly picked up on charges of attempted murder and endangering the welfare of a child. Police said it appeared Wright had given birth shortly before tossing the baby.

A TWISTED teen raped a nine-year-old boy with a toy light saber and then forced another child to rape the victim, cops say.
Perverted Javier Enrique Perez was supposedly being watched at a home with several other children ranging in age from 8 to 19 years old.
But with no adults in site he sexually assaulted the boy in the kitchen by pushing him over the kitchen table and holding him down.
Then raped the boy with a toy light saber as the victim screamed in pain and attempted to struggle.Worse still, he then forced an eight-year-old boy to take part in the vicious attack.
When the boy's mother came to pick him up, he told her what happened.
Perez, now 19, from Riverside CA will be sentenced in July after being found guilty by a jury of one felony count of sexual penetration by foreign object by force, one felony count of aggravated sexual assault of a child, and two felony counts of forcible lewd acts on a child.
He faces up to 30 years to life in state prison when he's sentenced.


Posted by Crime Scene USA at 4:00 AM No comments: