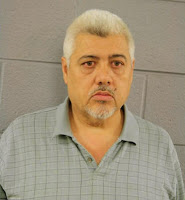 Gerardo Perez may quite literally be a horndog. Chicago cops say the 50-year-old had sex with a pit bull while visiting  an animal care facility. It is enough to give paws. 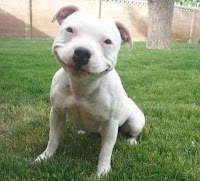 The Chicago Tribune said Perez was taking a group tour of the care facility when he was discovered by employees with a white and grey pit bull -- not exactly the pooch of passion -- on his hands and knees alongside the dog and appeared to have just had sex with the animal. Police say canine copulator  made "inculpatory statements" regarding the sexual conduct with the dog to other employees on the scene. Bail was set at $80,000 -- a lot of milkbones.

Posted by Crime Scene USA at 9:58 PM No comments: