BEFORE 9/11 there was Oklahoma City. Today marks the 16th anniversary of the second worst terrorist attack on American soil--and a sickening harbinger of the heartache to come. On April 19, 1995 domestic terrorists detonated a massive bomb at Alfred P. Murrah Federal Building. The result: carnage and chaos. By the end of the day, 168 people had been killed and hundreds more wounded. Among the dead was Antonio Cooper Jr. He was 6-months-old.
"I feel it's a necessity to be here," Antonio Cooper Sr. said Tuesday as he strapped a colorful bouquet of spring flowers to the chair bearing his son's

THE STRIPPER who accused three Duke lacrosse players of raping her has been charged with first-degree murder in the stabbing death of her boyfriend. Crystal Mangum, 32, was indicted Monday and accused of murdering Reginald Daye, 46, who  cashed out after two weeks in hospital.
According to the Charlotte Observer, Mangum never recovered from the spotlight brought by the gang rape case. Mangum accused the rich boy lacrosse players of raping her at a boozy 2006 bash where she was hired to strip. The district attorney who brought the case resigned in disgrace.
The Observer says last year, she was convicted on misdemeanor charges after setting a fire that nearly torched her home with her three kids inside.
Pal Vincent Clark said:  "I'm sad for her. I hope people realize how difficult it is being her."

Posted by Crime Scene USA at 8:48 AM No comments:

EVIL cult killer Charles Manson has finally broken more than tow decades of silence to rail against global warming and brand President Obama as an "idiot.
As the loony leader of blood thirsty 1960s cult he order his crazy disciples to murder actress Sharon Tate and seven others.
But in his interview with Vanity Fair Spain he denied being a sinister brainwashing guru, who to this day has followers on the outside as well as the inside of his supermax cell.
Manson who was last denied parole in 2007, told them in a rambling phone interview:  "I live in the underworld, I don't tell people what to do. They know what to do."
"If they don't know what to do they don't come around me because I'm very mean, I'm very mean."

A TWISTED serial killer has poisoned and killed 10 dogs at a San Diego trailer park over the weekend and cops are fearful more will be targeted.
Officers are baffled as to why someone would kill the petrified pooches who would have convulsed and foamed at the mouth before they passed away.
But their prime suspect is looking for an older lady who was seen wearing yellow gloves and behaving suspiciously in the area where five dogs were found Saturday, thee on Sunday and two more Monday morning.

MAD Matthew Nellessen, 19, who even his grandmother said has never been any good has cranked up the monster index. Matt apparently taped his father George, 55, to a chair and made him sign a $100,000 check from his retirement fun. When dad said he was going to drip a dime, big dumb Matt freaked and pummeled him with a baseball bat, then finished him off with a jab of a steak knife to the neck.
“He swung the bat full force at his father’s head five times,” prosecutor Maria McCarthy said.

After the murder, Matthew Nellessen later tried (and failed, you think?) to cash the check, then made “numerous” bank
Read more »
Posted by Crime Scene USA at 6:41 AM No comments:

HAM ON THE LAM: PIG SENTENCED TO FARM TIME

HIS ham went out on the lam, but after being rustled by cops the Vietnamese pot bellied pig has been put out to pasture - much to the chagrin on his owner.
Brian Maguire is furious that officials won't let his pet "Steve" live with him again, after it escaped from his backyard. But cops in Ridley Township, PA, say they've sent his 10-week-old pet to a farm because local laws state that residents can't keep farm animals. However, Maguire says he bought the mini pig in a pet store for $424, plus tax.

WHITNEY DUNCAN ON KIDNAP: 'CLINT'S NOT A SUSPECT'

COUNTRY MUSIC star Whitney Duncan whose cousin mysteriously disappeared in rural Tennessee is on the attack. Duncan to Twitter to defend rumors that Holly Bobo's brother Clint was connected to the kidnapping. Bobo, 20, a nursing student was snatched by a man in camouflage last Wednesday. There has been no trace of her since.
"My cousin Clint, Holly's brother, is NOT a suspect & I'm sick of people saying that he is. He has been cleared for good reason. Shut up," Duncan said in a tweet late Sunday. Clint Bobo, 25, was the last person to see his sister before she disappeared from their home west of Nashville. He told cops he thought it was her boyfriend.
Hundreds of volunteers have been scouring the area near Holly's parents' house
Read more »
Posted by Crime Scene USA at 6:27 AM No comments: 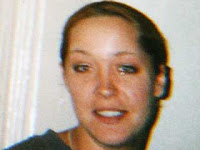 CREEPY. The online hookers murdered by a madman Long Island and Atlantic City now have another macabre link: they've all be eerily reborn on Facebook.
"I didn't know you but I feel a strong connection to you. You are an Angel," someone posing as Kim Raffo recently posted on a Facebook memorial page, the Philly News says.
Raffo's body was discovered Nov. 20, 2006, along with three other slain women in a marshy area behind the Golden Key Motel, on the Black Horse Pike just outside gambling mecca Atlantic City. The

PARTY girl Casey Anthony's lawyers have begged a judge not to allow camera's into the courtroom for her potentially explosive upcoming court case.
The young mom who is accused of her killing her two-year-old daughter Caylee, is expected to generate huge media interest when her trial starts next month.
Details of her racy sex life, and kinky parties she attended are expected to feature prominently in the prosecution case against her, as it's thought they will focus on the idea that Anthony killed her daughter because she wanted to party. 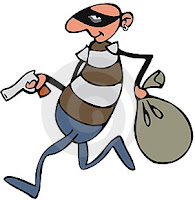 MASKED in a bandana and wearing bland black clothing, she calmly walked into the store, pulled out a pistol and demanded the cash.
But despite her air of professionalism, the thief holding the weapon was just 12-years-old and a store regular.
Employees recognized the girl and swooped, one jumped on her and held her down while another called the cops, reports MyFoxDetroit.
"She pointed a gun to me. I thought it was a joke at first," a store employee said on the 911 call. "How were they trying to rob you?" the worker was asked on the 911 call. She basically had a mask on and pointed a gun to me … She's on the floor right now," the woman replied.
Read more »
Posted by Crime Scene USA at 5:51 AM No comments:

THERE'S a new sheriff in town - or at least there will have to be - because this one's been busted for dealing crystal meth.
Tommy Adams, lawman for Carter County, MO, allegedly snorted lines of the deadly drug before handing a batch of it to an informant, according to court documents.
He has been charged with Meth distribution and is being held on $250,000 bond. No state has been hit harder by the meth epidemic than Missouri, which led the nation in meth lab busts every year for a decade before Tennessee took over the top spot in 2010, putting the state down to second.
But Carter County had just five Meth lab busts in Adams' two years as sheriff. He is the first law enforcement officer to be arrested in connection with the drug.