PRETTY Maria Ridulph's accused killer is 'absolutely' going to deny murdering the seven-year-old girl back in 1957 his lawyer has revealed..
Former cop, Jack Daniel McCollough, now 71, was a neighbor of the youngster in Sycamore, IL allagedly kidnapped and killed the youngster, after offering a piggy back ride.
Read more here

Posted by Crime Scene USA at 8:05 AM No comments:

SELFISH PARTY MOM Casey Anthony was amazingly unbelievably acquitted of murdering her toddler Caylee is the most hated person in America, according to a new poll. The 25-year-old promiscuous felon is now in hiding after being sprung from jail in July. In fact, an Anthony look-a-like was recently attacked in her hometown of Orlando. Reuters reported that the poll, by E-Poll Market Research, found 53% of those questioned knew of Anthony, and 94% disliked her. That put her ahead of reality TV star Spencer Pratt; Nadya Suleman, known as the “Octomom”; O.J. Simpson, who ranked fourth, and Jon Gosselin. Also on the list were: Levi Johnston, Paris Hilton, Heidi Fleiss and Howard Stern.
Party Mom was deemed “creepy” by 57% and “cold” by 60%.
Posted by Crime Scene USA at 7:54 AM No comments:

TWILIGHT actor Kiowa Gordon who plays werewolf Embry Call in the hit movies has been busted IN Arizona.
The Mormon star was arrested by cops who found he had failed to show up at court on a use of drug paraphernalia charge and giving liquor to a minor/underage consumption.
Mesa Police spokesman Sgt Ed Wessing said: "During a registration check on that vehicle, it showed the registered owner Kiowa Gordon had two outstanding misdemeanor warrants for his arrest."
The charges stem from a September 2010 bust, when the heartthrob was busted in Mesa, AZ for driving under the influence of drugs.

STRIPPER fugitive and best looking member of the deadly "Dougherty Gang" Lee Grace tried to shoot a cop before she was blasted in the leg herself.
After wild car chase, with speeds topping out at over 100mph the crazy siblings were finally caught after they crashed their white Subaru Impreza near a Colorado building site and scattered.
But when a cop caught up with  Lee Grace Pueblo County Sheriff Kirk Taylor said she "turned to chamber a round," Taylor said, but was shot in the leg by the cop before she could fire.

SERIAL killer creepy Anthony Sowell should be sentenced to death for the vicious rapes and murders of 11 women, a jury has decided.
The twisted former marine lured his victims to his Cleveland OH, apartment promising booze and crack cocaine, but after smoking the drug himself, he turned, violently raping and beating them before strangling them to death.
Then he buried them in his garden, but he soon ran out of room, so instead of disposing of them elsewhere, he just kept the body parts in his condo, wrapped in plastic sheets or dumped in garbage bags.
The 52-year-old didn't testify during his trial and barely offered any explanation when quizzed by cops, other than he told them he got angry if his victims told him they had children.
He said: “One thing that always made me mad was they had kids. That’s a big thing in my head.” 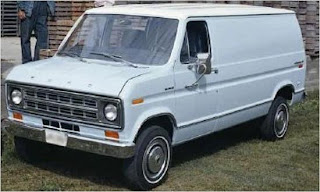 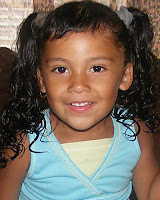 INVESTIGATORS probing the chilling disappearance of Breeann Rodriguez, 3, say they have come across three items of interest. The little Missouri girl vanished Saturday and although cops have not yet labeled it a kidnapping--it's starting to look that way.
Karnes told the Daily Dunklin Democrat: "We have some physical items of interest. [I can't elaborate] at this time exactly what they are because they are not in direct relation with the case."
He added that the items cannot be directly connected--or not--to the case at this time but cops are not

Read more »
Posted by Crime Scene USA at 2:40 AM No comments: 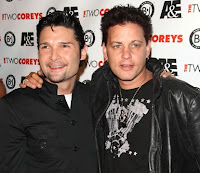 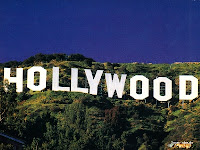 FORMER CHILD star Corey Feldman is claiming in an exclusive interview with ABC News Nightline that Hollywood is overrun by a cabal of twisted pedophiles--and one sick mogul put his pal Corey Haim in the grave. The Stand By Me star said it is adults with sinister motives who ruin many child stars like himself and the late Corey Haim.
He said: "I can tell you that the No. 1 problem in Hollywood was and is and always will be pedophilia. That's the biggest problem for children in this industry. ... It's the big secret."
The 40-year-old actor said the "casting couch,"--an old Hollywood reference to actors being expected to offer sex for roles-- applied to kids too.

Read more »
Posted by Crime Scene USA at 2:30 AM No comments: 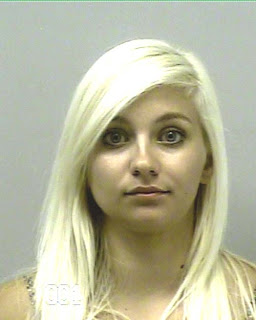 SHE COULDA been a Teen Mom of a future Real Housewife! But instead, this pretty blonde is being featured on our Summer Mugshot Madness, courtesy of the uber hard-working folks at The Smoking Gun

IT HAS been a summer of disappearances of young women and girls. Now, in a disappearance eerily similar to the case of Natalee Holloway detectives in Aruba are questioning the traveling companion of pretty blonde Robyn Gardner who vanished on the Caribbean island on the weekend. The clip is above. Prefer words? GO TO THIS CNN FEATURE
Posted by Crime Scene USA at 12:30 AM 1 comment: