IRELAND is up in arms. And they should be. The little monsters who bullied Irish-born Massachusetts schoolgirl Phoebe Price took plea deals. And for all intents and purposes, it's a skate. Phoebe's mother and just about everyone is pissed at the slap in the wrist.
Posted by Crime Scene USA at 12:00 PM No comments: 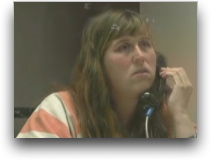 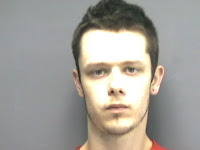 WHAT IS it about the notorious Insane Clown Posse? Another fan of the bizarro band has been convicted of murder. Robert Edward "Fritter" Fritts, 27, of Knoxville, Tennessee who had written Lennon-esque lyrics about "murder, blood, murder" was convicted of first-degree murder in the bloody hatchet slaying of his

HOW DO you spell pervert? Why, it spelled "RAPEST." At least that's how they spell it in Oklahoma. Cops in the Sooner State were horrified after a quartet of vigilante's pinned down Stetson Johnson, 18, and tattooed "RAPEST" on his forehead and attacked his genitals with a stun gun before pummeling him with a baseball bat. The four said Johnson--who has learning disabilities--tried to have sex with one of the women but cops say there was zero evidence of that.
Poor Stetson (cool name) said the April 17 attack began when he was thrown to the ground and then kicked in the face "dozens of times."
He said: "I was screaming. It was hurting," he said. "After they kicked me in the face I said, 'Oh my God, they're going to kill me.'" The quartet are being
Read more »
Posted by Crime Scene USA at 8:24 AM No comments:

WANTED! PARTY MOM! Meet Leslie Janous, aka Leslie Gibbs. She is the notorious Party Mom of Knoxville, Tennessee. She's frumpy, likes gay bars, luxury items and is a Miss Bossyguts. Now, the FBI is cranking up their efforts to capture the 36-year-old scam artist. Janous, a bookkeeper admitted stealing millions of dollars from her former employer and living the high life.
According to AMW: "The FBI needs your help finding Leslie Janous, a woman who stole upwards of $6 million as a bookkeeper for a company dealing in precious metals. She fled before her sentencing date, and the FBI believes she's on the run with loads of cash." She is described as 5' 6", a hefty 200 lbs. with brown hair and hazel eyes. She split April 18th when the alarm on her ankle bracelet went off while she awaited sentencing. 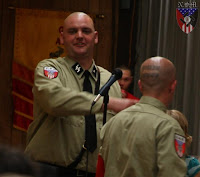 A 10-YEAR-OLD California boy blew his neo-Nazi dad's brains out in what cops are calling an "extremely rare case." According to cops, the blonde-haired blue-eyed boy--whose name they're not releasing--killed Jeff Hall, 32, early Sunday at his Riverside home. Hall was a plumber who carried the hated swastika flag and railed against Jews, immigrants and just about everyone else. The boy has been charged with murder.
Hall was southwest regional leader of the National Socialist Movement, a white supremacist organization. The wannabe Waffen SS made calls for a breakaway whites-only nation. He ran for the water board in Riverside, California and lost. The Anti-Defamation League considers

SICK INTERNET SUICIDE NURSE MAY NOT GO TO JAIL

AN evil nurse who trawled internet chat rooms and encouraged depressed people to kill themselves has been found guilty of aiding suicides but may see little or no jail time.
William Melchert-Dinkel posed as a suicidal female nurse to win his victims' trust, then entered into false suicide pacts with them, offering detailed instructions on how they could take their own lives.   Prosecutor's said the 48-year-old was obsessed with suicide and hanging and sought out potential victims online.
Melchert-Dinkel, a former nurse from Fairbault, told police he did it for the "thrill of the chase."

HE'S definitely not Christopher Walken, because William Brasher definitely wanted less cowbell, after being smacked with one during a college football game.

Read more »
Posted by Crime Scene USA at 4:33 AM No comments: 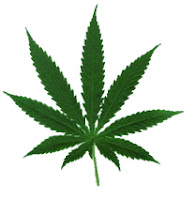 AT their age you might expect them to potter around the garden - but your wouldn't expect them to be tending to 800 pot plants.
But that's exactly what "marijuana grans" Aleen Lam 72, and Virginia Chan Pon, 65 were up to in their San Bruno, CA home.
Neighbors called the cops, not about the plants, but because their back door

IF your going to go for a joyride stealing a huge digger probably isn't the best idea if you want to get away from the cops.
But it's unclear whether Adam Bergenty was really thinking about escaping or what really was on the drunken 22-year-old's mind. After stealing the backhoe he knocked down three mail boxes, two street lights and an above ground utility box, cops said.
Needless to say he failed a field sobriety test and refused to take a breathalyzer, so he's been charged with driving

HE'S been court again and this time it will probably be game, set and match for Serena Williams' stalker. It seems the net has finally closed on Patenema Ouedrago who quite simply, won't leave the tennis star alone.
In his latest attempt to get close to the queen of the court he tried to walk into her Palm Beach Gardens home on Monday.
Security guards stopped the 40-year-old and asked him for his driver's license which they matched the name to that of Williams' alleged stalker, WFOR reports.
A friend of the star said: "She can handle herself on and off the court but this guy is starting to freak her out a bit. He just won't leave her alone.
"Quite why he's smitten with Serena we don't know, but he just doesn't seem to be getting the message and she's worried that obsession could turn into

MAN GUILTY OF STEALING HIS OWN IDENTITY

AS crimes go this one is one of the more inventive - stealing your own identity and going on a big old spending spree.
But Andrew Neal forgot one thing - the stores he went into had video cameras.
The 23-year-old reported that between March 3 and April 6, someone had entered his car  and stolen his wallet, containing his driver's license, social security card, debit card, savings account book, and two books of checks.
Then he claimed someone had made a number of purchases and cash withdrawals from his accounts in amounting to almost $5000 and reported the fraudulent activity to Chase Bank.