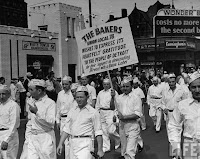 AHH, Labor Day. The traditional end of summer in the U.S. and Canada. Used to be, there were a lot more Labor Day parades. You know, when the average wage was livable. People had good benefits and there wasn't such a despairing gap between the really rich and the rest of us. Well, Crime Scene USA remembers and as a result we will be doing that light posting thing. Have a great holiday and see you Tuesday.
Posted by Crime Scene USA at 9:41 AM No comments: 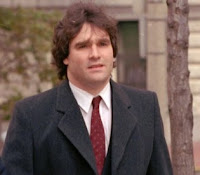 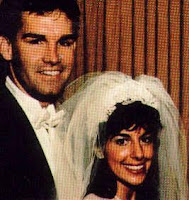 IT WAS one of the most notorious murders in the last 30 years and now, another chapter has closed on it. Matthew F. Stuart became notorious as the stooge younger brother that evil Chuck Stuart talked into becoming his murder accomplice. Matt Stuart, 45, was found dead in a homeless shelter Saturday. Christine Desimone, who knew him well told the Boston Herald: "He was a gentle giant. He never said one bad word about nobody. Always had a smile on his face." Foul play has been ruled out. Stuart, 45, never spoke of the Oct. 23, 1989, slayings of his pregnant sister-in-law Carol DiMaiti Stuart and unborn

FOXY KNOXY is back in action. American student Amanda Knox who was convicted of killing her British roommate in a sex game gone awry in Italy is seeing the evidence in her first trial being doubted by experts. The 24-year-old party girl next door is appealing her conviction in the 2007 murder along with her boyfriend Raffaelle Sollecito. Prior to the summer break experts were shredding the prosecution's case, even though the Seattle-born party girl didn't cut the most sympathetic figure.
Before the summer break resumed, victim 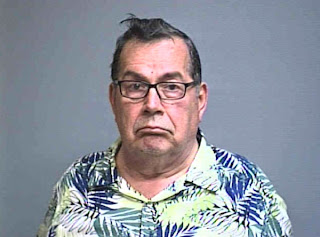 WINNING. Charlie Sheen articulated it better than any has before or since. And as we head into a new season, of hope and change we salute those who are likely to stay exactly where they are. Like this dude. Happy Labor Day.
Posted by Crime Scene USA at 8:35 AM No comments:

MICHAEL Jackson's death trial will be delayed again if lawyers for Dr Conrad Murray get their way.
The personal physician to the troubled star is accused of helping to administer the fatal overdose of the surgical anesthetic propofol and other drugs, which an autopsy ruled, killed the star.
But despite it being almost two-years, since the This Is It star passed away, lawyers for Murray filed an emergency petition asking for the trial to be delayed on Friday.
The attorneys are requesting that the trial be delayed until the issue of jury sequestration is decided by an appeals court.

A DEADLY daughter smashed her cancer stricken mom around the head because she spilled a cup of water, before eventually beating her so badly that she died, cops say.
Alicia Henderson, 38, told relatives she was going to to take care of Reba Little, who had stage four cancer and Alzheimer's disease.
But after moving into the 74-year-olds West Palm Beach, FL, home in February, she began to abuse her defenseless parent.
Her sister Charlotte Lovell claimed her sister began her alleged abuse by hitting their mother between five and ten times about the face and head.
In one instance, she added that Henderson kicked their mother in the back and hit her 'hard in the head' because she had fallen over and spilled a cup of water.

She also accused her of taking away Little's clothes and telling her she had to 'earn them back.'

A TOP BOFFIN at a California university led a secret double life as the leader of a deadly methamphetamine drug ring, cops say.
Steve Kinzey, 45, appeared to be a mild mannered associate professor of kinesiology at Cal State for almost a decade.
Chairing academic committees, tweeted his concerns about child obesity and lived quietly in a well-trimmed Highland neighborhood.
But after an undercover probe cops into motorbike gang, The Mongols, they began to suspect that he was involved in criminal activity with another gang the "Devil's Disciples" who they believe he is president of.