EVERYONE has their thing. We understand that. We don't understand Keith "Beasty Boy" Kiefer, the canine copulator. Seems that cops in Phoenix responded to an ad our Keith posted on Craigslist. Intention? Sex with dogs! Seems Keith was lonely and trolling for dog owners who were offering their pets for hormone-charged hijinks. Last February, K9 Keith agreed to meet a dog handler and the pet at a local hotel. There, he would have his way... but they say unrequited love is painful even for 47-year-olds like Keith. He was arrested and recently convicted of conspiracy to commit beastiality.

CASEY ANTHONY is coming across as a real charmer. A real shit. On Tuesday, a pal of the party mom testified Anthony was bitter because her mom wasn't ready to drop everything and babysit. Amy Huizenga told a Florida court that her onetime friend had a strained relationship with her parents
Anthony is on trial for first-degree murder for the savage death of her 2-year-old daughter Caylee in 2008.
She told the court: "It was hard. Her mom was continually agitated with her. I remember she told me her mom had told her she was an unfit

SHE clearly wasn't trying to hide anything or if she was she was doing a very bad job.
Because in broad daylight Carmen Montenegro was seen pushing a trash can filled with body parts along the street in her Ontario, CA neighborhood.
The 51-year-old walked at least 200-yards along the sidewalk, from the home she shared with a relative for at least 15-years.

Investigators spent Monday excavating the property outside the home where the body is believed to have come from after they found what may be body fluids in part of the yard.
Detective Jeff Crittenden said: "We have to wait for analysis to see if what we located is a match to the body itself."

DOUBLE murder suspect Joran Van der Sloot's lawyer has given up on him and quit defending him against murder allegations in Peru - citing unspecified differences over strategy.
The prime suspect in the 2005 disappearance of Alabama teenager Natalee Holloway, has now been abandoned by his legal adviser in his murder case in the killing of 21-year-old Stephany Flores.
The pretty Peruvian's body was seen entering in in his hotel room, but never left.
His lawyer, Maximo Altez, however withdrew from the case saying: "I can not defend this case in the way he wants me to."

AN EVIL mom who kept her disabled son locked up in an attic will get a taste of her own medicine after she was sentenced to eight years in prison.
Rachel Perez, 26, who's son has Down syndrome kept him locked in her attic, where investigators found him covered with feces and urine and weighing less than 20 pounds.
The boy’s younger sister told the court in Olathe KS her brother had been in the attic for two years The Lawrence Journal-World  reports.
She also said Perez often left all three children home alone for hours at a time, while she went out with friends or visited her boyfriend.
She added: “My mom stopped giving my brother food a long time ago but I don’t know why,” the girl said. “He would just cry and cry and I felt sad for him.”

A BOOZY battle over beer pong ended in tragedy after an argument over the drinking game led to a fatal stabbing of a New Jersey firefighter, cops say.  William Walker Jr, 21 had apparently argued during the game with Naqeebulla Habibi, 19 but the drunken pair had apparently made up.
But as they were leaving the party a fistfight broke out between them and then Habibi allegedly stabbed Walker in the chest.
He was later pronounced dead at Cooper University Hospital.
His cousin Greg Probst, told The Philadelphia Enquirer Walker was a volunteer firefighter had been pursuing his dream of turning pro, while working as a medic in Atlantic City.
He added: "He was a very energetic and happy guy."
Naqeebulla Habibi, 19, was charged with murder and is being held in Camden County Jail on $750,000 bail.

Posted by Crime Scene USA at 4:58 AM No comments: 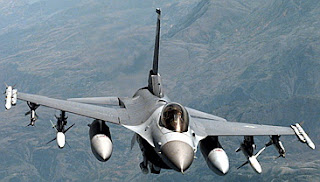 A CRAZY brawl between passengers over a reclined seat, forced two F-16 fighter planes to scramble to help a United Airlines flight into a dramatic emergency landing.
The Boeing 767 bound for Accra in Gahan had 144 people on board when a fight broke out, forcing the pilot to dump fuel to lessen its weight in order to land.
A federal aviation official confirmed that fighter jets, which cost $50,000 an hour to scramble were sent up from Andrews Air Force Base in Maryland.
The Washington Post reports that the brouhaha began shortly after takeoff when one passenger lowered his seat and the person behind him objected.