AS the blows rained down on a daily basis, he stood by and watched his wife brutally beat his daughter on a daily basis.
Richard McAnulty will serve at least 25-years after pleading guilty to murder by abuse for his role in the death of Jeanette Marie Maples.
He testified that his wife, who received the death penalty would turn up the TV in the living room to cover up the sound of her beating Maples - and it didn't work.
"You could hear the whips," he said.
"It was horrifying. I didn't know what was going on. Her mom would have her strip naked and whip her."
He added: "I failed her. I failed her as a father. I didn't get help for her."

HE'S definitely broken one of the commandments with this one - Thou shalt not kill.
Mad minister, Julio Cesar Perez paid two men $1300 to kill his wife Sonia who was found dead in her van with a bullet hole in her head, cops say.
The 40-year-old, who leads a small church in Brownsville, TX, allegedly hired a church member to rub out the 39-year-old school teacher.
Two days after an officer found her, a woman told investigators that Cesar Perez had asked her three weeks earlier about two men she hired in the past to beat and rob someone, according to authorities.
Perez allegedly told her, "someone was in his way."
One of them the robbers put him in contact with another man who killed her.
Gabriel Apolinar Escalante, 20, was also arrested and charged with capital murder. Court documents show Perez told investigators he did not have any marital problems and didn't know anyone who would want to hurt his wife.

Read more »
Posted by Crime Scene USA at 7:17 AM No comments:

MAD model Michelle Marie Gopaul who admitted to kidnapping a one-month-old baby girl has been sentenced to two-and-a-half-years behind bars.
The crazy catwalk queen claimed to work for a casting agency and placed ads online offering $7500 for a baby girl of "Indian background" to star in a Bollywood film.
When the parents arrived to the fake audition in Toronto, Canada, she took the baby into another room, but shortly afterwards they discovered their child was missing.
Gopaul's former boyfriend and his sisters brought the child to a police station after becoming suspicious, reports The Toronto Sun.
The 24-year-old, who is also an aspiring pop singer, pleaded guilty in a Toronto

A HIGH school teacher who threatened to stage: "Columbine all over again" has been busted by cops.
Sabrina Milo made a the "tearful and angry" outburst in the teachers lounge at Brooklyn's Fort Hamilton High School.
Shocked colleagues looked on as she allegedly said she would "settle some scores" and "do what needs doing," reports WCBS.
Her family raised the $100,000 bail to release her after she was charged with making terroristic threats and ordered to stay away from the high school.
Her lawyer Andrew Stoll says she has no weapons, and the charges were unwarranted. He says she needs medication.
Several teens told the New York Daily News that Milo was eccentric, but well-liked, and any comments about a gun were probably jokes.

A MURDEROUS mother who allegedly hacked her little girl into pieces is finally set to face justice, as her trial opened yesterday.
Evil Elisa Baker, 42, dismembered her 10-year-old stepdaughter, Zahra, slicing her up into little pieces last October, Cops say.
She was reported missing by her father Adam, sparking a huge 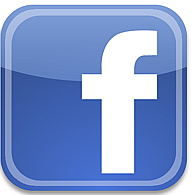 A VICIOUS girl gang brutally assaulted a fellow student and the posted their attack on Facebook for their classmates to watch.
The 15-year-old was walking back from her Somerset Township, PA, school when the thugs struck, hurling insults and then quickly becoming violent.
Pushing her into the road, where she was almost struck by a car, they beat

COPS on Long Island have chillingly discovered another three bodies in the remote stretch of Long Island, where a feared serial killer has been dumping his victims.
Eight sets of human remains have been found in the area since they started searching the area for missing Shannon Gilbert, 24.
Now the NYPD is in the midst of a frantic manhunt for the cold blooded killer who targets his victims  by trawling adverts for sexual services on websites like Craigslist.
Richard Dormer, Police commissioner, said, “They were dumped there by the same person or persons. It's too coincidental that there were four bodies in the same location.”
Gilbert, who also sold sex online, is now feared to be among the latest round

THERE was a pit bull, it's poop, the owner and a cop, but it wasn't the dog doing the biting.
Instead it was Kristen Anise Hall, 24, baring her gnashers and sinking them into the arm of the officer who challenged her about her pets mess.
The Memphis, TN was advised by the officer to clean up after her dog, but she allegedly stated that she took her dog to the park every day and had no intention of picking up the poop.
After a second warning, the officers said they were going to issue a city ordinance citation for the violation, and asked for her identification.
She refused, so they tried to detain her and one officer said he was kicked and bitten on the hand.
The officers called for backup officers to help subdue the woman.


Posted by Crime Scene USA at 3:00 AM No comments: