"SOME PEOPLE KNOW WHAT HAPPENED TO HOLLY BOBO" 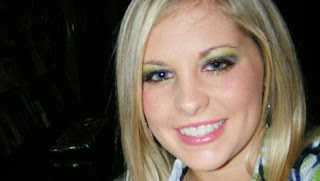 TENNESSEE cops are still refusing to call the Holly Bobo case a homicide and it remains classified as a missing persons investigation.  It’s now two months since the 20-year-old nursing student was abducted from her Decatur County home and cops are still no closer to finding her kidnappers.
Authorities are still searching local areas every week and receive tips every day but so far nothing substantial enough to break the case.  Despite the lack of progress, TBI agent John Mehr insists that the investigation is still a missing persons case and 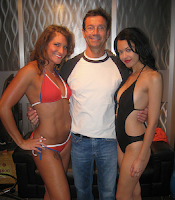 TWO EASTERN European bar girls have pleaded out to slipping Philly weatherman John Bolaris a roofie and robbing him of $50,000 in South Beach. The two sultry svetlanas plied the handsome Fox 29 meteorologist with booze and also slipped him a roofie. Two days later he came to in the back of a taxi with a massive hangover, a huge loss and a huge painting of a woman's face. His lawyer said: "The fact remains. that John is one of several victims, and he feels vindicated by these pleas of guilty. It's been a long ordeal."

The embarassed broadcaster told Miami cops he met the two b-girls, Anna Kilimatova and Marina Turcina at a bar, where they approached him.  He 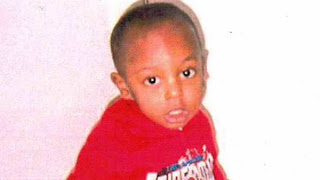 COPS probing a twisted Durham, North Carolina have made another grisly discovery. On Thursday they discovered a second set of human remains and identified the as belonging to Jadon Higganbothan. He was just 5 and his were the second set of remains found. Peter Moses, 27, is charged in both slayings while six other members of the Black Hebrew Israelites were charged in the death of Antoinetta McCoy, 28. Her body was found Wednesday.
The two victims had been missing since February. Their bodies were found on a tip from a local

ANOTHER day, another rapper in trouble - this time it's Flo Rida who was busted for boozed up driving, Cops say. The R.O.O.T.S star was picked up in his Bugatti after Miami Beach cops noticed him driving erratically and drove on for more than two blocks before eventually pulling over. According to the police report the rapper whose real name is Tramar Dillard as having bloodshot watery eyes, slurred speech and the smell of alcohol on his breath when the rapper got out of the car.
During a road sobriety test, Dillard reportedly said "Officer, I can't do this," "I don't feel like I can walk a straight line," "I've had a few drinks," and "I live on the other side of the bridge, I can make it home."
Needless to say he failed the test and measured a .185 on a breathalyzer test, more than twice the legal limit, reports WFOR.

BAREFOOT Bandit Colton Harris Moore could reach a plea deal this week his lawyer has revealed.
The troublesome 19-year-old who has no formal flight training, pilfered at least five planes and dozens of car and boats as he evaded capture for a string of burglaries over the last two or three years.
Eventually, he flew a light plane from his home in Vancouver Island to the Caribbean, landing in the Bahamas, where a $10,000 FBI reward and a huge law enforcement team caught up with him.
His already lengthy list of more than 70 crimes across nine states.

SHE wanted him to dish some damaging details to help her with her divorce case - instead she found out he was trying to arrange her murder.
Angela Voelkert, 29, set up a Facebook account posing as attractive teen Jessica Studebaker and became friends with her 38-year-old husband in the hope that she could trick him into spilling a few titbits to help her in court.
But what she learned was astounding.

MALCOLM X's daughter has pleaded guilty to swindling more then $55,000 from a longtime family friend by running up huge credit card bills.
Malikah Shabazz, 46, the youngest daughter of the slain civil rights leader used the personal financial information of Khaula Bakr to open credit card accounts in her name.
The 70-year-old New York City woman whos late husband was one of Malcolm X's bodyguards on the night he was assassinated in 1965, discovered the scam when she got a letter from Wells Fargo Bank demanding payment of $28,789 on an overdue account.

CASEY Anthony was removed from the courtroom yesterday after she became weak and appeared to be taken ill after graphic pictures of her dead daughter's skull were shown yesterday.
Dabbing her eyes, the one time party mom began to rock back and forth, breathe deeply and hold her head in the palm of her hand as the gory images were shown to the court.

Read more »
Posted by Crime Scene USA at 4:24 AM No comments: