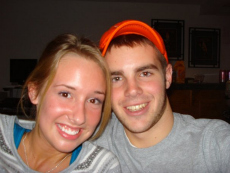 IN THE two years since Virginia Tech students Heidi Childs and David Metzler were mysteriously murdered, there have been no arrests. Heidi, 18, and David, 19, of Lynchburg were shot to death on the evening of Aug. 26, 2009 in the parking lot of a campground in the Jefferson National Forest. But cops in Virginia are refusing to characterize the probe as a "cold case." MORE AT COLD CASE USA
Posted by Crime Scene USA at 9:10 AM No comments: 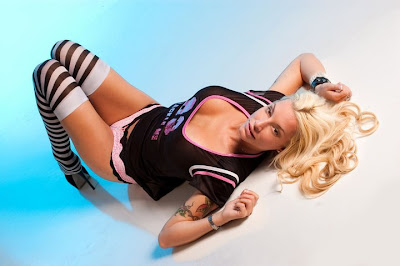 MORE SHOCKING details are emerging about the secret life of Robyn Gardner. The pretty 35-year-old Maryland dental assistant also had modeling aspirations and we've (thanks to Chelsea Hoffman at Gather.com, story here) have got our hands on some fairly provocative pictures. Gardner vanished in Aruba on Aug. 2 after going on a saucy holiday with secret beau Gary Giordano (behind the back of her other boyfriend.) It seems there were some photos 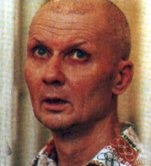 BETWEEN HURRICANE IRENE and the MTV Awards it was a very quiet weekend. But that doesn't mean that's the case in Russia. It seems there has been a rash of, gulp, cannibal murders in the Old FSU. Most recently, a 21-year-old man in Murmansk asked a stranger to come home with him, then stabbed the unfortunate comrade to death then ate him. It brings up the sickening memories of cannibal serial killer Andrei Chikatilo, pictured.
Murmansk Investigation Committee chief Fyodor Bludenov said: "The main desire was for him tom eat human flesh. The defendent wanted to try eating at least 10 people in the future. He lured this man in sexually. According to preliminary information, one of them was seeking a sexual

A FRED Flintstone wannabe has been busted for trying to use his feet to brake his pickup on a busy highway. As you can see, he wasn't very successful.

We'd agree with Roseville Police Deputy Chief James Berlin  called it a case of "moronic decision-making,"
He told The Detroit News the man rolled about two miles on Groesbeck Highway while sticking his feet outside his truck in attempts to stop it, hitting four vehicles along the way.

A PEDOPHILE pediatrician who ruthlessly sexually abused scores of young children after promising them candy and toys will spend the rest of his life in prison. Sick Earl Bradley gave the impression that he cared deeply for his young charges. most of whom were toddlers, decorating his office with Disney characters and filling it with toys and miniature amusement park rides.
But the colorful facade belied the dark truth that he was abusing his patients, sometimes videotaping his sick crimes in his Lewes DE.
Prosecutor's presented the judge with more than 13 hours of videos showing sex crimes against more than 80 victims, most of whom were toddlers, Delaware Online reports.

HATE mongering terror group Al Qaeda is on its knees after its number two Atiyah Abd al-Rahman was gunned down in Pakistan. Like the piano player once was in the Grateful Dead, being Number 2 in Al Qaeda is a dangerous spot. While not as famous as their leader Osama Bin Laden, who was also killed earlier this year will strike right at the heart of the group because was an instrumental in running their day to day operations.

The Libyan-born national joined bin Laden as a teenager in Afghanistan to fight the Soviet Union  and later went on to serve as his personal emissary to Iran. Computer's snatched from Bin Laden's

THIS is the exclusive first preview of George and Cindy Anthony's appearance on the Dr Phil show.
In this promotional clip for the interview that has been released the talk show host can be seen grilling the pair, almost shouting at point. 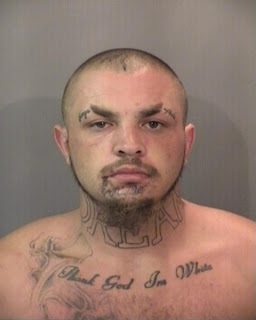 NO UNICORNS, dolphins or roses for this fella. No, besides screwing up his face the former class president of Horace Mann High School in Peoria, Illinois is a man of convictions. He has a tat that says 'DREAM' on his neck and another that says 'Thank God I'm White.' OK, buddy.
Posted by Crime Scene USA at 12:05 AM No comments: