SALT LAKE City cops are hoping the public can help solved the 1986 slaying of culinary student from New York City. Cops say Patricia Ramirez was strangled and then had her body dumped above the Utah city's Avenues. Detectives have hinted they may be just a step away from solving the heinous crime.
ACCORDING TO FOX13: Patricia’s family says she was a short, petite woman, full of life. She had moved from Brooklyn, New York to
Read more »
Posted by Crime Scene USA at 1:55 PM No comments: 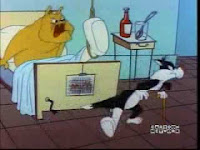 A VIOLENT senior may have been barking up the wrong tree in a backyard battle over cats and dogs in San Diego.
Cops say the elderly man, 74, stabbed his neighbor, 64, after accusing his dog of harassing the older man's kittens. He then hit the neighbor in the face with a broomstick, came back with a knife and stabbed him in the stomach.
The injuries aren't considered life-threatening and the angry coot was taken into custody. No names. Boooooooo.

Posted by Crime Scene USA at 1:28 PM No comments:

A SERIAL killer who terrorized Los Angeles in the 1970s and 1980s has pleaded guilty to butchering and sexually ravaging seven women. He was given seven life terms for his trouble.

HEARTACHE AGAIN. This time in Chatanooga, Tenn. Hero cop Sgt. Timothy Chapin was murdered by a two-bit thug on the lam from Colorado Saturday. But before Chapin, 51, hit the ground he likely saved his partner Officer Brian Blumenberg's life.
“Obviously it wasn’t his day to die today,” said Pat Blumenberg, Blumenberg’s mother, choking back tears.
Blumenberg said Chapin, a 27-year department veteran nearing retirement, saved her son's life. According to cops, Chapin was shot and killed as he responded to a pawn shop robbery. A second officer, Lorin Johnston, 45, was wounded during the gunfight. He was treated and released.