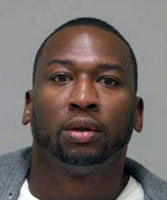 UPDATE: A killer cops say slaughtered 7 in Grand Rapids, Mich. ended a tense standoff late last night by blowing his brains out. Cops have not released the names of any of the victims but it's believed one of the dead was Rodrick Shonte Dantzler's ex-girlfriend and their daughter, 10.  Police Chief Kevin Belk said: "We'd have much rather got the suspect to surrender peaceably ... but that was not the situation."

CASEY ANTHONY SENTENCED TO 4 YEARS: OUT IN DAYS

CASEY Anthony will serve just four years behind bars for lying to police, but with credit, she could be released within days.
How much credit she gets will be determined Thursday,  but it won't be announced in court.
The sentence which also includes four $1000 fines for each of the counts was imposed by Judge Belvin Perry who gave her the maximum allowed under the jury's decision.
Anthony who appeared relaxed and happy as she arrived at court, showed no reaction as the veteran lawman gave his decision.
He said: "As a result of those four separate and distinct lies law enforcement spent a lot of time looking for young Caylee Marie Anthony.

DETECTIVES are looking at "several" persons of interest in the grisly dismemberment slaying of Georgia law student Lauren Giddings. The popular 27-year-old's remains were discovered outside her Macon apartment complex after she vanished June 25. The grisly condition of the remains made identification difficult until now. The cause of death has yet to be determined of the pretty blonde who was about to write her bar exams.
So far, the focus has been on the Mercer University student's apartment--popular with law students. Now, the search has been extended further afield.
One police source said: "What we’re trying to do is get statements from anyone who had a connection with her."
Meanwhile, cops have charged one of Giddings' neighbors with burglary for 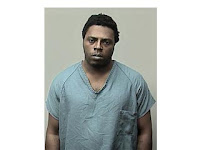 COPS in Madison, Wisconsin have arrested the man suspected of murdering two toddlers, aged 3 and 4, after the brothers were found dead in a car yesterday. Detectives say David J. Hoem, 28, was arrested and taken into custody.
It's believed Hoem murdered the brothers--whose names have not yet been released--and then left their bodies to be found in a gray, late model Volvo in front of a drug testing center. An autopsy hopes to determine how the two little boys died. Hoem had apparently been dating the boys' mom. 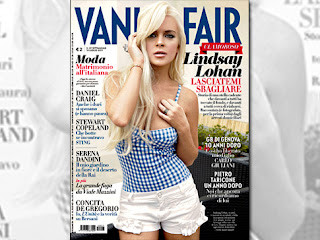 IN AN interview with Italian Vanity Fair, former actress Lindsay Lohan says she didn't deserve to go to jail for her 7 DUI arrest and subsequent probation violations. The onetime movie star told the fawning mag: "Unless you're a killer, I don't see a reason to stay there. I didn't hurt anyone but myself."
And there you have it. But what does the rest of America think?
Posted by Crime Scene USA at 7:13 AM No comments:

TALK about a woman scorned.
Cops say millionaire Ronald Vinci, who battered body was found stabbed, shot and battered in his Fort Lauderdale, FL mansion was killed by his jilted lover Catherine Marie Pileggi.
Furious that he had tried to end their relationship she shot him in the head, slashed his throat and the beat him and then planned to drop his body in the ocean.
Detective Travis Mandell said: “This is a brutal, brutal murder. I can’t imagine someone else doing this to another human being."
According to the arrest affidavit, Pileggi told one of Vinci’s friends: “I messed him up bad.’’

RAPPER Nicki Minaj is heartbroken after her cousin was ruthlessly gunned down after leaving a New York City nightclub.
The Pink Friday star posted a tribute on Twitter along with a picture of aspiring hip hop impresario Nicholas Telemaque who was murdered near his home. She said: "Lived in Brooklyn his whole life. My precious cousin. My baby. Killed last nite."
According to the New York Daily News cops said Telemaque had been partying in Brooklyn's C-PAC nightclub, but was making his way home when he was blasted several times in the chest.

JAYCEE DUGARD, A STOLEN LIFE: 'I WAS A NOBODY'

JAYCEE Duggard was so frightened for her own children, that when she went out in public she was too paralysed by fear to shout out for help.  In the first extracts from her book 'A Stolen Memoir' she described her terrifying ordeal at the hands of drug crazed pervert Phillip Garrido and his wife Nancy.  Kidnapped aged just 11, she was subjected to appalling sexual abuse from the moment the twisted couple snatched her of the street near her Lake Tahoe, CA, home.
Read more »
Posted by Crime Scene USA at 6:18 AM No comments:

HIGH school football star Nathaniel Fujita has pleaded not guilty to the murder of his long time former girlfriend Lauren Astley.
Meanwhile, pals claim the pretty brunette was "afraid" of him.
Her boss told the Boston Herald, Astley was bothered by repeated phone calls and text messages from Fujita in the hours before authorities say he strangled her with a bungee cord, cut her throat and dumped her in a mars.
Store manager Maeghen Reineke, 26, said Fujita wanted to come to the store and speak to her there. “She was just like, ‘No, no, don’t do that. We’ll talk later,’ ” Reineke said. Reineke said Astley told her Fujita “wasn’t acting normal. She wanted to be done with all of it.

CASEY Anthony's mom Cindy may yet face perjury charges for her testimony in the explosive trial, which saw her daughter cleared of murder.
During her controversial turn in the witness box, she testified that she mistakenly searched for chloroform on the family computer when she was looking for 'chlorophyll'.
She also took the blame for 'neck breaking' and other controversial terms which investigators found entered into the family computer, claiming she had left work early without her bosses knowing.

OH DEAR. Going on a booze-a-ramma hopped up on Viagra and the warm glow of a 26-year-old woman sounds terrific. Just one thing: don't get in your car, like uh, Ohio Republican Rep. Robert 'Bobby' Mecklenborg who was busted for drunk-driving way back in April--and it's all on at tape released Friday.

OK, we admit it. The New York Daily News came up with the nifty idea of casting the Casey Anthony movie. See below and after the jump for the News' casting picks. Go to the DAILY NEWS  FOR MORE COOL STUFF. 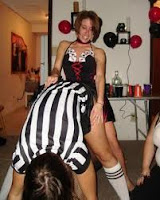 A JUROR on the Casey Anthony murder trial says she and the 11 others "cried and were sick to our stomachs" after acquitting the notorious Party Mom in the slaying of her daughter Caylee in 2008.
The stunning verdict has left America reeling in the biggest courtroom shock since O.J. Simpson skated on murdering his wife and her young boyfriend.
Jennifer Ford, juror number 3, told ABC News: "I did not say she was innocent. I just said there was not enough evidence. If you cannot prove what the crime was, you cannot determine what the punishment should be."