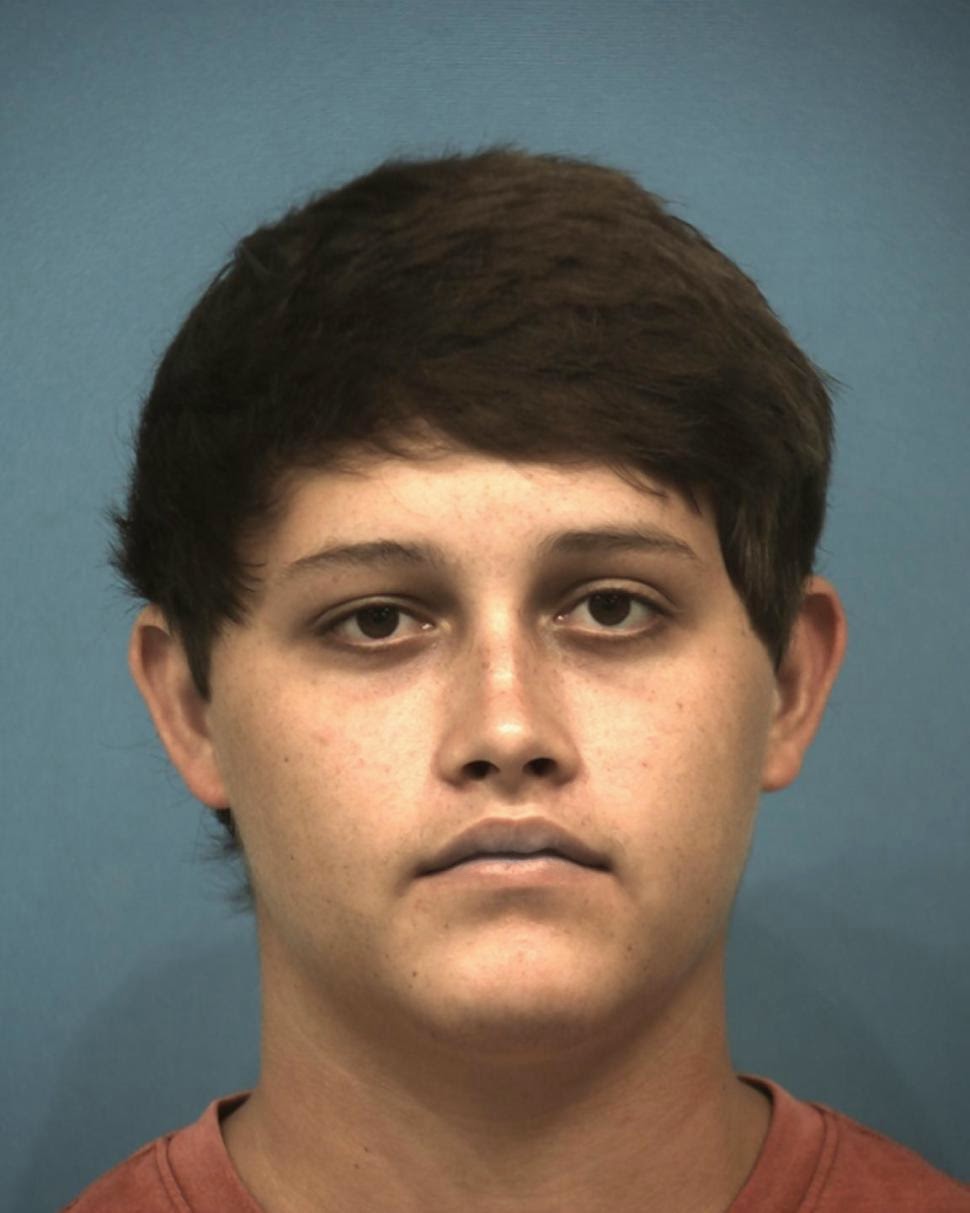 What a dick! A temperamental teen pizza parlor employee rubbed his genitals all over a customer's pie because gooey goodie was ordered 30 minutes before closing time.
Twisted Austin Michael Symonds, 18, was pinched for perversion just as the customer walked in to the Texas pizzeria pick it up, the Austin American-Statesman is reporting.
The stunned customer told cops he watched in awe as the newly-unemployed  Symonds,  at Georgetown's Papa Murphy's Pizza was "rubbing his testicles on the pizza he had ordered."

MUGSHOT MANIA: IT'S A GOOD LOOK AND I'M SMUG 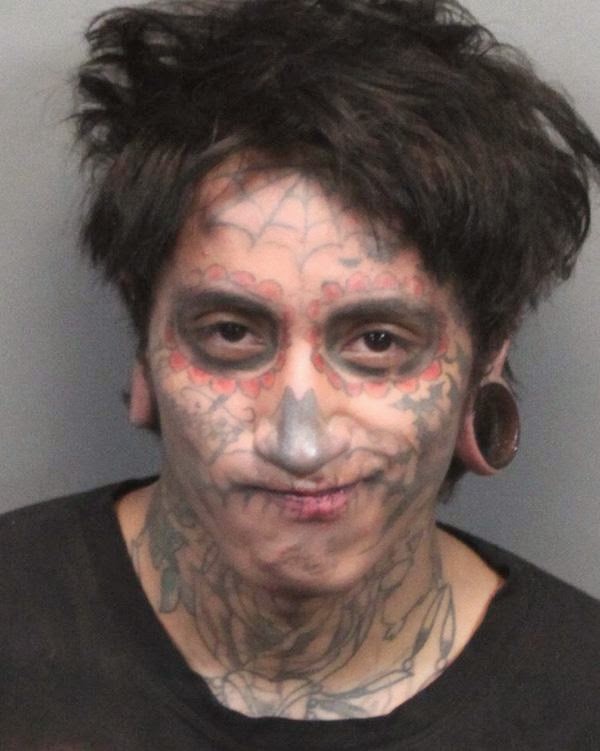 And yet, he seemed oddly surprised that despite submitting hundreds of resumes and applications, no one ever called back. Oh, except the costume shop, they were interested.

Rap curiosity Iggy Azalea -- real name, wait for it, Amethyst Amelia Kelly -- has a problem. Her former boyfriend is now claiming the Aussie songbird signed away the rights to her sex tape -- to him. The beau, Hefe 'Red Red' Wine even produced a lengthy agreement obtained by TMZ that gives him the green-light to "manufacture, sell, distribute and advertise 'any' 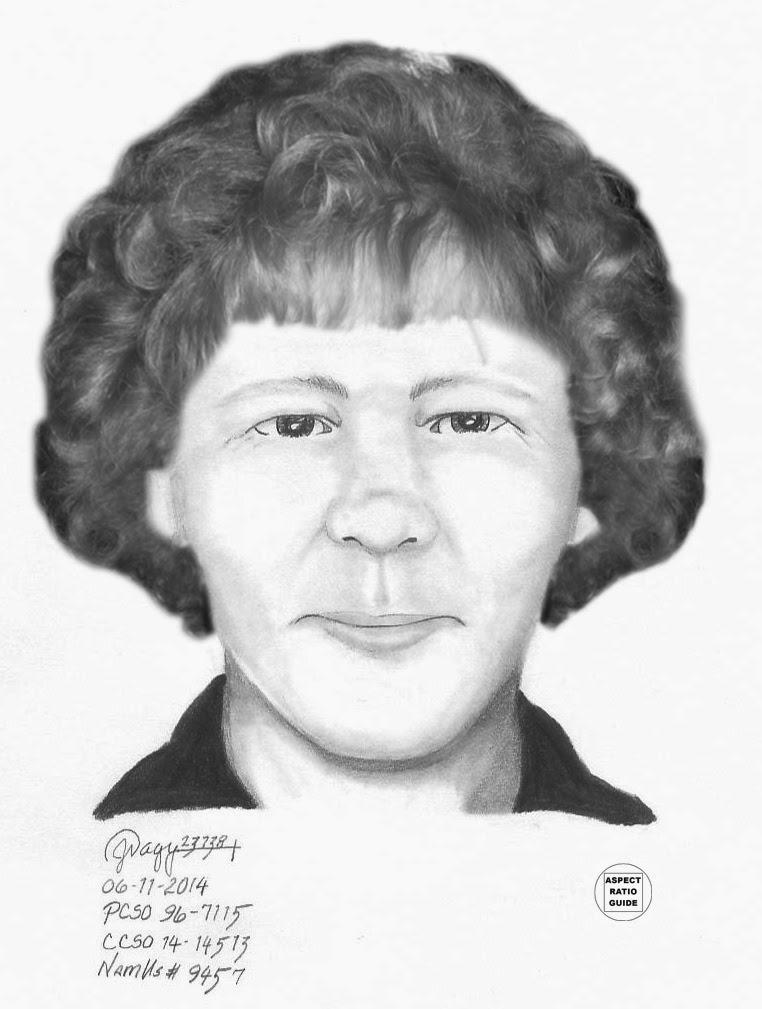 Cops pushing for new leads in a 1996 cold case have released a new sketch of an unidentified murder victim found dead in rural Oregon.
Suspicious circumstances at the Polk County crime scene lead investigators to believe that the case was a homicide. Her body may have been in the area for as long as a year before it was found.
Read more at Cold Case USA

Posted by Crime Scene USA at 7:05 AM No comments:

WANTED: Detectives are still hunting dangerous child pornographer David Benjamin Creamer, 68, who vanished in December 1997 from Arizona while awaiting trial. Cops say the wily pervert is wanted for child pornography, transportation of obscene materials, firearms violations, money laundering and income tax evasion -- from the millions he made selling sickening smut. During the initial probe of Creamer, more than 70 guns and 80,000 rounds of ammo were seized. The petulant pornographer is considered armed and dangerous and has vowed he would not be taken alive. He is a heavy smoker who suffers from diabetes and has a noticeable scar on the back of his neck. Creamer likes Mexican wedding shirts and one-piece mechanics jumpsuits.  If you have any information contact the United States Marshals Service Headquarters at 1-800-336-0102 or your local police department.

Minnesota Vikings star running back Adrian Peterson left another four-year-old son with a head wound after scolding the child, according to the new abuse allegations.
Photos obtained by KHOU show the boy, identified as Peterson's child, with a scar above his right eye.
According to text messages between Peterson and the boy's mother, the injuries were sustained when the angry football star motioned to strike the boy and he flinched and cracked his head in the back of the car.
"I felt so bad," Peterson wrote. "But he did it his self."
Peterson's attorney Rusty Hardin aid the allegations of another investigation "is simply not true," adding that nothing came of it when it was "shopped around to authorities in two states over a year ago and nothing came of it."

Posted by Crime Scene USA at 6:24 AM No comments:

A man has confessed to killing of three people and injuring a 10-year-old child at a Texas trailer park, cops said.
Crazy Sammuel Toomey admitted to the murders of two women aged 32 and 53 and a 56-year-old who were found outside different residences in Corpus Christi, investigators told KZTV.
He now faces capital murder charges and a charge of aggravated assault with a deadly weapon after hitting the child.
The youngster is expected to survive his gunshot wounds after being taken to an area hospital, the Corpus Christi Times reported.


Posted by Crime Scene USA at 5:57 AM No comments:

A naughty nurse "initiated unsolicited sexual relations, including intercourse" with man a lying in his hospital bed, according to a new lawsuit.
The put upon patient alleges that as he waited for a heart transplant at the Advocate Christ Medical Center in Oak Lawn, IL in October 2012, the pervy practitioner struck.
In January, the Illinois Department of Professional and Financial Regulation reprimanded a nurse of the same name for failing “to report having been terminated from a facility for crossing professional boundaries with a patient,” according to NBC Chicago.
The three-count suit seeks more than $150,000 in damages.

Posted by Crime Scene USA at 5:38 AM No comments: